Experts identify the two good things that have happened this year

ONLY two things this year could properly be classed as ‘good’, it has been confirmed.

The Institute for Studies looked for some nuggets of positivity in 2016 after such a freakish shit show of a year.

“There was that brief moment of hope when Nigel Farage quit UKIP, but then he kept popping up again every five minutes like an unflushable turd.

“So what we’ve narrowed it down to is: pandas are no longer endangered and an old lady in Huddersfield found a pound coin at the back of a drawer.

“Of course ‘good things’ happened to Andy Murry, Mo Farah etc, but the old lady in Huddersfield needed the money and is not a professional show off.”

He added: “It could be that bad things happen every year but we never used to go collectively berserk about it on social media.

“But maybe that’s just me being stupidly optimistic.”

'You are the most expendable part of this', says voice in Richard Hammond's head 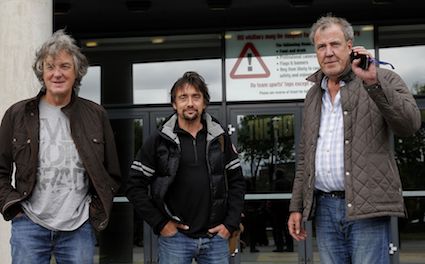 THE voice inside Richard Hammond’s head has reminded him he is easily the most expendable part of Jeremy Clarkson’s TV entourage.

After Hammond declared all ice cream to be homosexual, the voice warned him that ‘he can be replaced by Adrian Chiles at any time’.

The voice added: “Clarkson is the star. Sure, we don’t really know why, but there it is.

“James May has a slightly awkward, fogey-ish quality that makes him sufficiently different from Clarkson.

“But you’re just a little fart. So do us both a favour and stop calling things ‘gay’. I don’t want to be the voice inside the head of a bitter has-been who’s selling smoothie makers on a shopping channel.”