FACEBOOK’S celebration of friendship has led to a surge in bitter hatred.

‘Friends Day’ placed a video on your wall designed to make you appreciate your ‘connections’, but instead reminded millions of people how few of their so called ‘friends’ even bother to wish them a happy birthday.

Martin Bishop, from Stevenage, said: “I counted three out of 357. Thank you, Zuckerberg, for that crushing reminder of my perceived self-worth, which is apparently less than one percent.

“So now I’m going to become a Scientologist.”

Eleanor Shaw, from Hatfield, added: “I was forced to look at a photo of me and my ‘friends’ yachting last year. I hated that trip and I’ve barely spoken to any of them since. Facebook needs to mind its own frigging business.”

Facebook has acknowledged the mistake of encouraging the people of the internet to appreciate each other.

A spokesman said: “Next year we’ll do ‘Look at My Fancy Holiday’. That should make you pricks happy.” 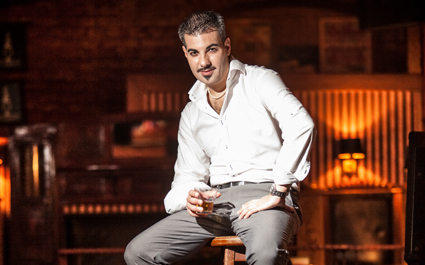 AN open mic night in a pub has been ruined by every single person who performed at it.

The new night at The Ram in Trowbridge began badly with student poet Tom Logan reading a political rant about how the Tories should ‘legalise the weed’.

He was followed by 41-year-old Julian Cook who attempted to cover three Jeff Buckley songs to widespread confusion and fear from the audience.

Following Cook were rapper/office worker Tom Booker and singer/songwriter Mary Fisher who ended her rendition of Imagine by saying “I can’t do this” and running off-stage in tears.

After Fisher was estate agent poet Norman Steele, who talked about the downsides of political correctness, before the compere ended the evening by playing for five times as long as anyone else was allowed to with songs that he had written for “a girl I hoped would show up tonight”.