Facebook thread just people proving how clever they are

“Pete then chipped in with an angry diatribe about Zadie Smith being shit, which I think was to prove he’s cleverer than her, although he has written precisely no novels.

“After that it became a full-on showing off competition, with suggestions of Foucault’s Pendulum, Ulysses and Francis Fukuyama’s The End of History.

“As well as being pretentious it got quite nasty and my supposed friend Steve actually posted, ‘I can’t believe you haven’t read any Updike! YOU FUCKING IDIOT!’

“There are about 100 posts now, including Lara’s suggestion that I ‘explore pre-Banksian gender-fluid sci-fi in the mould of Harrison or Pohl’, but I’ve got quite a bit of packing to do.
“I was only looking for something about the SAS or wizards.”

Thank god the football's back, says man who refused to watch Women's Euros 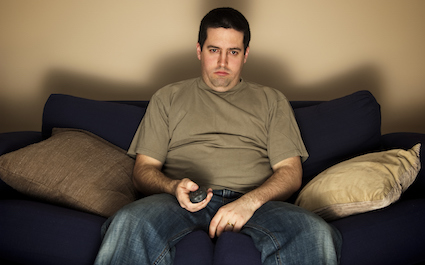 FINALLY there is football on again, according to a man who avoided the women’s European Championships.

Wayne Hayes has declared that the long months of football-free tedium are at an end at last, deliberately ignoring the fact that one of the sport’s showcase events has been on every day for weeks.

Hayes said: “There’s been no football at all since June. Except the Confederations Cup, and the Premier League Asia Trophy, which don’t count for obvious reasons.”

According to his friends, Hayes has avoided conversations about the women’s Euro 2017 and pretended not to know who Steph Houghton and Jodie Taylor are.

Colleague Nikki Sheridan said: “I mentioned the cricket, and Wayne perked up, until he realised I meant the women’s cricket, then he looked hurt.”

Hayes added: “I may have seen the odd minute here and there of the Lionesses, but that’s just because I hate the French and not because I actually felt pride in the achievements of an England team for the first time in 27 years.

“If they’re quite good it’s because their manager has a penis.”