A FAMILY has decided that if their dog ever needed veterinary treatment costing over £1000 they would not bother.

The Booker family recently spent £650 on a minor operation for their ten-year-old retriever Charlie, prompting the unofficial decision of a cut off point.

Father-of-two Tom Booker said: “We’re all very fond of Charlie, especially our youngest, but he’s getting on now and dogs are essentially quite similar.

“I mean, that’s a holiday or the deposit on a car. I’m sure if he could talk he would agree that was fair enough.”

Last Celebrations chocolate to be preserved 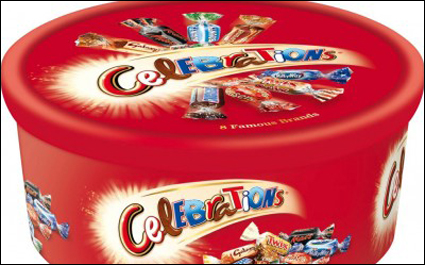 HOUSEHOLDS across the country are observing the annual Finishing Of The Celebrations Tub ceremony.

Once emptied, the tub is reverentially washed and retained, on the basis that it will be useful for storage, before being discarded in July after this proves not to be the case.

The final chocolate, traditionally a Bounty, will be stored on top of the fridge until December, when buying massive tubs of sweets stops feeling hideously gluttonous once more.

The surviving chocolate will then be eaten by the bravest member of the household while repeating the incantation ‘Best-before dates are just a bloody fix to make you buy more stuff’.

Plumber Wayne Hayes said: “It’s a solemn reminder of death and renewal, the cycles of mother earth, and counting down the days to when I can have port for breakfast again.”

The Celebrations finishing ritual is thought to date back to medieval times when villagers would mark the end of winter by carving a wooden bowl for the last remaining nut to be stored in. They would then file past the bowl, offering the nut to the person behind them because they felt bad about taking the last one.