Farmers Using Facebook To Pretend They Have Pointless Office Jobs

THOUSANDS of farmers are using Facebook to play a game where they pretend to work in an office and spend all day doing nothing and talking out of their arse.

OpenplanofficeVille is the latest virtual reality craze, with many farmers claiming it helps them introduce their children to a world they would never normally encounter unless they all went for a relatively short drive in the car.

After opening their ‘office’ the player creates a customizable ‘avatar’ and then uses ‘office coins’ to buy pens, post-it notes, staplers and some nice chocolate biscuits on a Friday afternoon.

There are six groups of desks where the player is able to plant a variety of unproductive tasks, mind-buggeringly inane conversation topics and stray pieces of idle, vicious gossip about colleagues who are already teetering on the brink of mental collapse.

Stephen Malley, who farms 300 acres of arable and a small organic dairy herd near Peterborough said: “Groups 1 and 2 are mainly stupid bitches who go on and on and on about any shit that crosses their minds. There’s also a gayboy in there. I’m giving them irritable bowel syndrome one by one.

“Groups 3 and 4 are mostly men who, in between short bursts of pointlessly competitive actual work, talk about footballers and whether they are good at football or not. During the summer they talk about cricketers. I’m giving them testicular cancer one by one.

“Group 5 is some more stupid bitches who spend all day sending each other those emails where you have to make a wish and then send it on to the next person or something either will or will not happen. I’m going to fatten them up with Friday biscuits and then harvest their organs.

“And Group 6 is where the virtual me sits quietly, surrounded by people I want to kill while playing a game on Facebook where I pretend to be a farmer.”

He added: “I’ve got 1.5m experience points and 850,000 coins which I am going to use to set-up airless, windowless open plan offices in every major city in the world, filled with vacant bitches, tedious bastards and dark, silent, homicidal versions of myself.”

He added: “My only worry is that because I am actually a farmer I’ll eventually try to cut costs by making them eat each other and it will cause some awful disease that will wipe out the entire population of my virtual word.

“But at least I’ll have all that pretend money.” 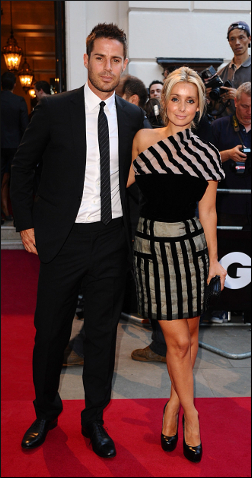 TRAVEL operator Thomas Cook was last night forced to offer up Jamie and Louise Redknapp to an angry volcano god.

The celebrity couple were hurled into Iceland’s Eyjafjallajokul following a short ceremony by the company’s chief shaman, during which they were doused with chicken blood and beaten across the upper arms with a hickory rod.

A Thomas Cook spokesman said: “As much as we hated to sacrifice Jamie and Louise, we have to put the comfort and welfare of our passengers first. It’s all been approved by ABTA.

“Fjurtnir, the dragon god living inside the volcano whose fiery breath clouds the skies, has assured our chief shaman that he is now sated and there will be no further wrathful belching of ash.”

He added: “The Redknapps went willingly to their deaths, perhaps because we told them there was some money and a GQ Man of the Year Award ceremony at the bottom.”

Experts said Fjurtnir probably would have become angry after seeing the recent Thomas Cook campaign featuring a man who may have been footballer at some point and his buxom spaniel wife.

Nikki Hollis, professor of tourism adverts at Reading University, said: “The scenes of the millionaire couple pretending to enjoy half board in Cala d’Or for Â£299 including car hire would have stoked Fjurtnir’s rage, assuming that televisions work inside volcanoes.

She added: ‘”We can only hope that they suffered appallingly.”