Fat Guys Told To Put Their Tits Away

FAT men are being urged not to bare their breasts in public this summer, as it emerged they were not attractive to women after all.

Nikki Hollis, beauty editor of Gas! magazine, said male breasts had become a common sight in the high street in recent years due to the total collapse of all moral standards and high levels of beer.

She urged men to look at themselves naked in the mirror before going topless and to avoid disrobing in the presence of children and horses.

Hollis said: "We’ve had three days of sunshine and the town looks like it’s hosting a convention of middle-aged Brazilian transsexuals – in trainers.

"Whatever gave you the idea when you got up this morning that I would want to clap eyes on your wobbling white tits, you great whale?

"I’m sorry to disappoint, but the sight of your sagging boobs does not make me want to rub Ambre Solaire into them and then stick my hand down your shorts. It makes me want to puke.”

Nick Oakland, a 36DD from Essex, said he was shocked to discover how many women were raving lesbians these days.

He said: "I’m a big hunk of beautiful meat. Big up top, and big down below. They just can’t handle it." 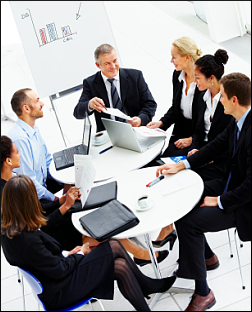 MORE than three-quarters of all office workers are either drunk or drinking at their desks right now, according to a new report.

Researchers say tell-tale signs include a sudden drop-off in productivity, as well as noisy parties and written work that is either badly typed gibberish or a rambling diatribe filled with sexual profanity.

Professor Henry Brubaker, of the Institute for Studies, said: "Around 40% are arriving drunk at work after downing a bottle of Southern Comfort on the bus, the tube or in their car.

"The other 40% start drinking after they have logged on and are either tipsy, merry or comprehensively shit-faced by 11am."

According to the report around half try to conceal their drinking by mixing coffee granules into their vodka or gin and then nodding intently while saying as little as possible.

Others are more relaxed and keep a box of strong cider parked on their desk at all times. Meanwhile around 10% like to strip to the waist during team meetings while swigging extravagantly from a bottle of Tia Maria.

Professor Brubaker added: "And may I just say, you are looking particularly scrumptious today my dear. Is that a new skirt, by any chance?

"Here, let me buy you a cheeky wee glass of Chardonnay and we can have a proper little chattypoo."