YOUNG people have always despised their elders, but Gen Z’s rage at everyone else is totally valid. Here’s why:

COP26 could have been an email

The COP26 summit was meant to be humanity’s last chance to turn the climate crisis around and make the planet habitable for the younger generation. Instead it’s seen swarms of private jets descend on Glasgow and rules on fossil fuels relaxed. Gen Z are rightly furious it’s been a shambles and might as well have been done over email.

We totally f**ked the housing market

Even if cities aren’t underwater by the time Gen Zers want to buy a house, the property market is so buggered that they won’t be able to afford a place of their own anyway. Instead whole generations of families will be crowded into a draughty bedsit like Dickensian paupers. That’s if they can somehow scrape together the deposit.

Everyone aged over 25 likes to think they’re right-on because they haven’t used the word ‘gay’ as an insult in a while. But when reminded of the problematic culture of their youth, such as Zoo magazine and the black face in Little Britain, Millennials and Gen Xers will become the Boomers they hate by saying it was a ‘different time’.

The way we blame them for everything

Until recently it was Millennials who were destroying every industry in sight with their naive, selfish attitude. Having learnt nothing from that drubbing, they’re now giving Gen Z shit for calling out toxic workplace practices and daring to take a selfie. If that blinkered hypocrisy isn’t grounds enough for vitriolic rage then it’s unclear what is.

Gen Z knows their youth is an ever depreciating currency, and that it’s only a matter of time until they become the out of touch dinosaurs they despise. Looking at your ageing, wrinkled face is like looking into their own shitty future, when they’ll be berated by young upstarts over things they don’t even realise are problematic yet. You can’t wait.

Five exotic culinary ingredients that aren't as good as a potato 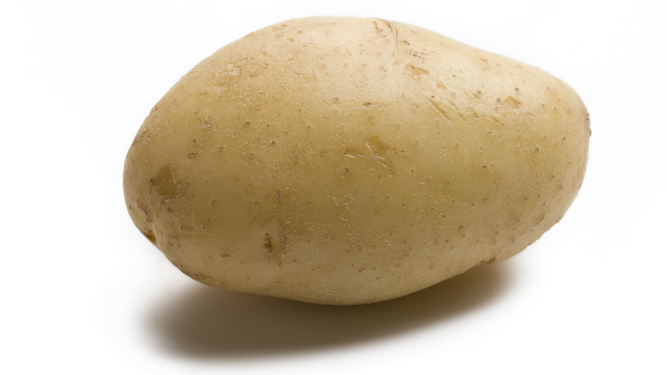 YOTAM Ottolengi has foodies in a chokehold with his exotic ingredients, but are they any good? These gastronomic marvels are still inferior to the starchy king:

This southern Iranian spice adds a similar depth of flavour as onion or garlic, which really compliments roasted meat. And its unique savouriness will definitely be what everyone is looking forward to most at Sunday dinner and not, say, an enormous tray of crispy roasties.

Import your sausages all the way from Argentina if you want, you climate destroying ponce. But do you think eating them will be at all enjoyable without a mountain of buttery mashed potato underneath? It won’t, and you can enjoy your King Edwards without feeling guilty about the air miles, because they came from Norfolk.

Sure, it’s the best almond a man can buy, and a healthy carb alternative. But the thing is, carbs taste nice. Unless you can find an almond that tastes as good as a reformed-potato-and-chemical creation sold by McCain, like waffles, you can shove them where the sun doesn’t shine.

Want to add a vaguely unpleasant fishy element to a meal that doesn’t actually contain fish? Knock yourself out. However, everyone knows that the best way to add an out-of-context fish taste to your diet is to gobble two packets of prawn cocktail Walkers, followed by some Skips.