A COUPLE have admitted they regret buying their hot tub and regret shagging in full view of their neighbours in their hot tub.

Tom and Isla Booker bought the hot tub during lockdown and immediately began to use it as a venue for sex despite its strong lighting and prominent garden position.

Tom said: “Yeah. We’re calling it Lockdown Derangement Syndrome. Both the purchase and the subsequent months of free-to-view f**king.

“I don’t blame the neighbours. They were trapped in their homes and bored and clapping the NHS only took five minutes a week. Apparently round our way we were more popular than Tiger King.

“I’d claim that we just planned to relax in it but truth is I was hard watching it being installed. It might as well have been a butterfly sex swing hanging from a bough of the apple tree.

“Now we never use it and we’re still paying it off, and we never have sex because we’re haunted by the neighbours saying ‘Not in the hot tub anymore? Pump gone erratic?'”

He added: “Mind you at least we got some use out of it. Not like that pissing breadmaker.” 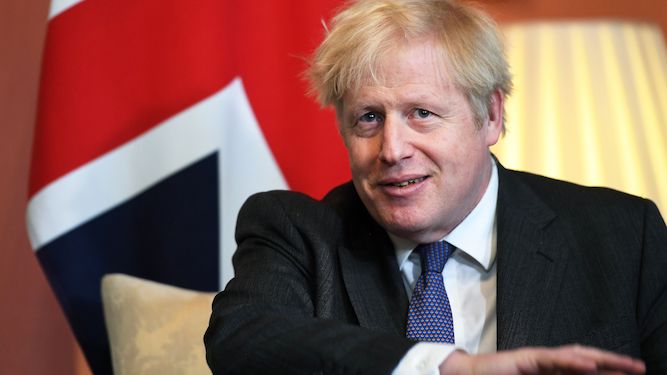 NAIVE dickheads are speculating whether Boris Johnson, who won an 80-seat majority on lies and illegal shit, can survive a few corrupt mates.

Both inside Westminster and out, anyone who has failed to pay attention to the post-2016 post-truth era is acting like any of this shit matters even in the slightest.

Political analyst Helen Archer said: “Some blinkered twat seriously just said ‘If Boris is losing the support of his own MPs, his days are numbered.’

“Yeah, like when a load of his own MPs voted against him in 2019 and he had them all fired? Including his own brother? Really f**ked him at the ballot box, didn’t it?

“The pattern is simple: if one of his mates gets accused of something, he’ll pretend they didn’t do it. If that becomes too much trouble he’ll U-turn entirely and kick them out. Because he doesn’t give a shit.

“Nor does the public, it seems. Proroguing parliament, missing Brexit deadlines, affairs and abandoned wives and lying to the House? None of that matters anymore.

“So of course he can survive. He can survive anything. He’s the cockroach of politics. You’ll save yourself a lot of stress if you stop pretending otherwise.”