Five signs you're trying too hard to be 'woke'

AWARENESS of social injustice is a good thing, but are you trying to prove you’re more woke than everyone else? You could be overdoing it:

It’s valid to question the mythology surrounding national heroes like Churchill, but take it to ridiculous extremes. Embark on a personal quest to discover whether Charlotte Bronte said anything racist, or if Sir Douglas Bader ever used the term ‘nancy boys’.

However noble your motives, are you riling up the Twitter nutjobs? Some of these people are so permanently furious and dense they’ll demand all episodes of Black Beauty are erased for its inherent racism and setting unrealistic standards of attractiveness for horses.

Making no allowance for our horrible past

Many of our ancestors were shits to everyone, not just people of a different skin tone. Be furious about Victorian imperialists’ callous treatment of Africans and Indians without putting it in the context of them not being that fussed if their own soldiers starved or small children lost limbs in cotton looms.

Castigating people for not using the correct ever-changing jargon

Did someone type ‘LGBT’ when they should have written ‘LGBTQ+’? Come down hard on them. However if you find yourself using the term ‘TERF’, or ‘trans-exclusionary radical feminist’, more than once a day it may be time to look into more interesting hobbies.

All decent people are opposed to racial and sexual prejudice, which can make being woke a bit pointless. Think of new niche areas of wokeness, eg. Did Agincourt hero Henry V fail to speak out against the damage a meat-based diet is doing to the environment? 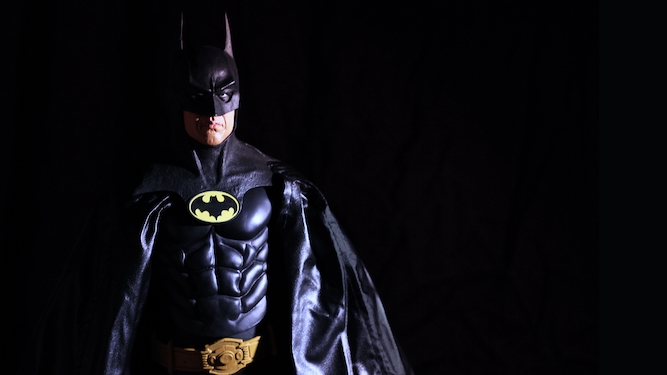 ANOTHER Batman film is on the way, as if we hadn’t had our fill of the moody pointy-eared bastard. Here’s why he should be given a rest:

Batman is relentlessly gloomy and tortured, despite leading an extremely exciting lifestyle, owning a really nice house and shagging Catwoman. The ungrateful shit should spend 12 years working in an insurance office in Swindon for £22k and see how he likes it.

Dark, deep, adult stuff does not fit well with Batman

There’s a big problem with the ‘deep’ moral and political themes of recent Batman movies – he’s a grown man who dresses as a bat. The Ben Affleck incarnation even has a tedious mid-life crisis element, so expect to see him squeezing into skinny Bat-jeans soon.

He doesn’t use guns

The 1940s Batman did, and there have been exceptions recently, but Batman could rip through Gotham’s underworld if he got some guns and dispensed with all that time-consuming punching. That would leave him loads of time to cheer up by chilling with Friends and getting a proper social life.

Batman’s enemies are fiendishly clever and near-indestructible. So why are Joker, Bane and Riddler constantly pissing around with odd plots to inconvenience the residents of Gotham City? There’s a much easier way to be a ruthless crime lord, and it’s called ‘drugs’. Or don’t even bother with crime and use your impressive skill sets to set up a rival to Amazon.

You’re going to watch them anyway

Even if you’re bored shitless with Batman, you WILL end up watching the latest one, feeling no emotion about the 25th take on the death of Bruce Wayne’s parents. Because the only other option is another disappointing Star Wars film flogging a different franchise to death.