MORONS are quick to compare all sorts of things to Nazi Germany, the one period of history they have cursory knowledge of. Here’s what they think is similar to the Third Reich.

So, you’ve just been fired from your job because you acted in a really unprofessional way. Is that because you live in an authoritarian regime or because bad actions deserve punishment? It’s the latter, because in an actual dictatorship you’d have been shot.

According to nutters, seatbelts are just one of many examples of the authoritarian state creeping into our everyday lives. From their point of view democracy means the freedom to be flung through the windscreen of your car. Also, evil though he was, it’s unlikely Hitler was in favour of road accidents.

Any sort of censorship

Cretins are always passionate advocates of free speech, by which they mean the right to share bigoted opinions without censure. However, when you use your own free speech to tell them to stop talking shit, they’ll call you a ‘woke Nazi’ or some other combination of hysterical terms that don’t make sense.

Having a platform to do stuff like share your bigoted views sounds curiously Nazi-like. However, nutjobs think that social media companies deciding to remove those people is actually the Nazi-like thing going on here. They’ll claim it’s the start of a slippery slope, but they also think ‘liberal fascism’ is a thing, so it’s probably safe to ignore them.

Bellends love to point out that Nazi is short for National Socialist, implying this means that left-leaning Guardian readers are basically Himmler in Crocs. However, despite the name, everyone knows the Nazis would have got along famously with your average Daily Mail reader.

Woman misses going to other people's houses and judging them 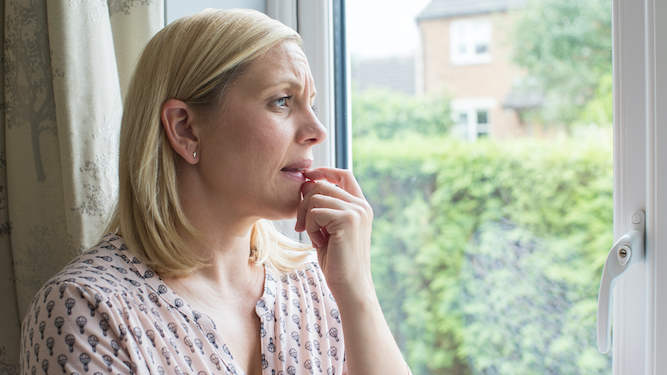 A WOMAN is pining for the days when she could visit other people’s houses and make highly critical observations about them.

Mary Fisher has gone without sneering at the furniture and feature walls of her friends’ houses for months, and is struggling to cope without her favourite pastime.

Fisher said: “My friend Susan has bought a bungalow that looks way too small for what she paid, and I want nothing more than to pop round and say it looks ‘really cosy’.

“She wouldn’t even have to be there. She could leave a spare key under the doormat and I’ll let myself in to have a good old snicker at her tacky marble laminate kitchen worktops.

“I’ll sanitise the door handles and wear a mask. I feel like a junkie going cold turkey, so if this doesn’t count as an essential visit then I don’t know what does.”

Susan Traherne said: “I deliberately bought this place because I knew it would wind Mary up. It’s a huge financial loss on my part, but it’s worth it knowing that she’s going spare.”