Five things that should no way be that bloody expensive

INFLATION is skyrocketing, which is bad news for those household items that are guttingly expensive. Which are you digging deep for?

Are Fairy Platinum actually made of f**king platinum? Is that pearl in the middle from the depths of the ocean? Dishwasher tablets should cost £1.99, maximum, not £12 a bag. And reducing them to £10 doesn’t count as being on ‘special offer’.

You have a choice: pound shop batteries which last a fortnight maximum even in the TV remote, proving yourself cheap, earth-trashing scum; or insanely expensive rechargeable that take days to power up and run out of juice faster than the crap ones. Either way, the consumer is the loser.

Normal nuts retail at 49p. Pine nuts cost £5.99 for a minuscule bag. Presumably this is because they’re individually picked by specially-trained squirrels, and get their shine from being polished by master carpenters who are also squirrels. Otherwise this price is a piss-take.

Oats, swirled around in water, sold to you as a triumph of marketing over facts. You could make your own for a fraction of the price by soaking your porridge pan in the sink then drinking the dregs. Or you could just buy bloody dairy and stop claiming other things can be milked.

Even if they were filled with fillets of perfectly cooked steak, which they’re not, no pouch of cat food can justify £4.99. But the manufacturers know you will pay anything to make your cat like you, and that you’ll keep paying it forever because your cat never will.

Scientists find straight men's standards 'even lower than we feared' 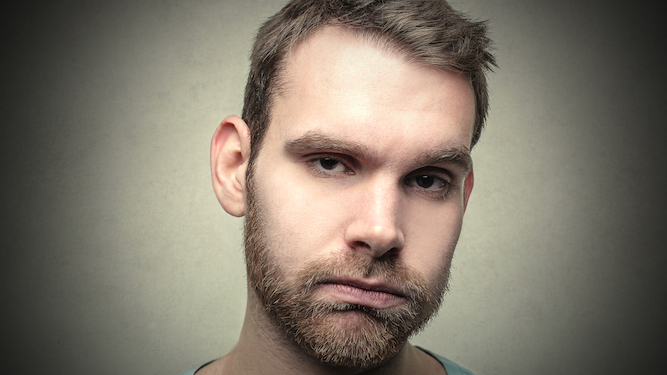 THE standards of heterosexual men when choosing a partner are much lower than previously feared, scientists have confirmed.

While anecdotal evidence has long suggested that straight men will settle for any woman with two eyes and a face, new studies reveal that even this may be giving them too much credit.

Behavioural scientist Martin Bishop said: “I’ve seen some shocking data about blokes in my time, but nothing compares to the discovery that straight men will happily go out with a 30-year-old woman who holidays in Disneyland every year.

“We presented our test subjects of heterosexual males with a line-up of fifty women, and every single one said he would ‘at least shag’ all of them. Even the withered old crone who says she bites genitals that we included for a laugh.

“We predicted that men would demand a basic level of hygiene and emotional connection from a woman, but these findings blow that theory out of the water. They really have no standards whatsoever.”

He added: “Our parallel study on heterosexual women was equally startling. One woman turned every man down because none of them had the right eyebrows. I mean who cares about eyebrows?”