NEED to quickly pop into the bank to see how overdrawn you are? These time-wasting bastards will turn this simple errand into a drawn-out slog.

The staff hanging out in the doorway are only doing their job, unfortunately it’s a really annoying job and you can’t avoid them. They’ll offer you common sense advice you already knew then send you on your merry way. You mean customers can check their balance on cash machines? Who knew?

Usually found at the front of the queue and bending the ear of the poor bank clerk who is desperately trying to make sense of some confusing tale. As you hang around for ages wondering if you’re being exposed to Covid, it will finally become apparent they didn’t actually need anything and just felt like a natter.

Not content with having their own place to live, the second home buyer will be happily going through the lengthy process of getting a mortgage again. You’ll recognise them by their entitled attitude and the way they loudly talk about how property prices in Worcestershire are so affordable right now.

When they’re not casting a steely eye over your pathetic account balance, bank clerks will wring every last piece of personal information out of you for some unclear reason. And because they’ve got quotas to hit they’ll probably sign you up to a credit card you can’t afford that will doom you to bankruptcy.

What are you doing in the bank anyway? There are cash machines everywhere and the bank has an app that was specifically invented to make sure you don’t pester them in person. You don’t even have any money so you probably set off a silent pauper alarm when you stepped through the door. 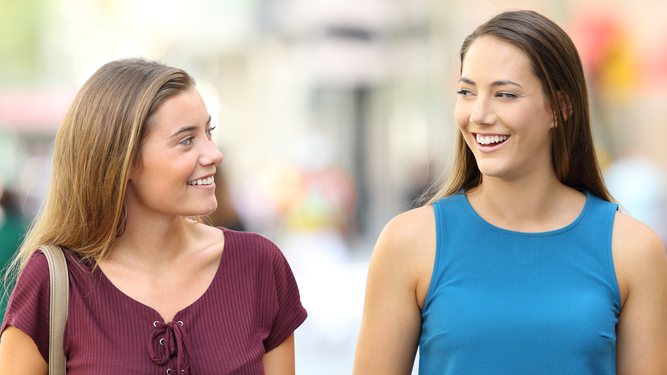 EMBARRASSED that you’ve forgotten someone’s name? Instead of simply asking, why not do something weird and find out that way instead?

Have an affair with the postman

Your postman or woman knows all your neighbours’ names, but you can’t ask them without looking like a creepy weirdo. However, if you strike up a flirtation that looks like it could lead to a torrid affair based in your garage, they’ll tell you anything.

Pretend to have amnesia

If you’ve lived next door to them for three years it’s far too late for you to admit you don’t know their name, unless you suddenly develop amnesia. Stage a noisy fall in the garden, fake a bump on the head and, when they come running out to help, ask them their name. Easy.

Look them up on the land registry

You do have to pay a small fee, but this is a very discreet method of finding out their name without admitting you’re a sieve-brained idiot. However, if anyone ever finds out they will think you are mental, and they will be right.

Get them really pissed

Set up a barbecue in your back garden and insist they come and join you for a drink when you spy them outside. Ply them with so much booze that they’re on the verge of blacking out, then ask them their name. They won’t remember and they’ll be hugely apologetic for vomiting in your shrubbery.

Make your partner do it

If all else fails force your partner to take one for the team by going round and asking. However, it will probably turn out they already know and they and the neighbour are standing on the doorstep laughing about what a useless twat you are.