Five wankers you'll only meet on the bus

NEED to get somewhere? Literally all other forms of transport unavailable? You might be forced to catch the bus. Here are five awful bastards you’ll encounter on your journey.

High on their discounted fare and cheap sweets from the newsagent, children on buses are like chimps in a zoo, if the zoo was on fire. Time it wrongly and the bus will be flooded with swarms of them hoping to impress each other by abusing the elderly and drawing genitalia on the windows.

Every time you get on the bus these days you have to listen a stranger’s uniquely awful drum and bass mix. Sitting near the front with eyes closed and his hand down his trousers, you’ll wish this colossal bellend had brought headphones, mainly so you can strangle him with them.

You can just imagine the conversation: ‘Why don’t we get the bus? We can gaze dewily out at the city as we wrap our tongues around each other’s tonsils.’ Utterly oblivious to how their lustful pawing might irritate other passengers, these wankers come as a pair.

Bad enough at the best of times, this idiot has really come into their own during Covid. With their mask around their chin, they hack violently onto the person in front, wipe their nose with their hand and then touch every surface possible on their way out.

Try not to be fooled by her frailty — old women are some of the most prodigious bus wankers around. Aware that she can feign deafness or dementia to get away with anything, she’ll take up four seats with her shopping trolley and then accuse you of trying to nick her purse when you stand anywhere near her.

Five parent phrases that are swear words in disguise 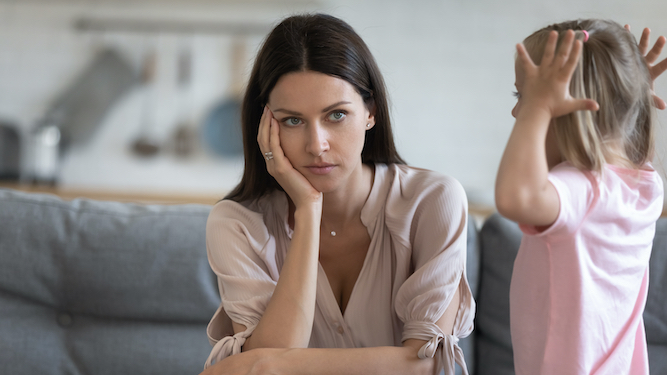 IT’S not acceptable for parents to swear at their children, but that doesn’t mean you can’t be constantly doing it in your mind. Here are five phrases that mean something different from what kids hear.

In a minute (Piss off)

We’ll see (Bollocks to that)

Did you know parents are secretly scared of their kids? This is why instead of saying no to something they know they will never let them do, they’ll take the wimp’s way out and say ‘We’ll see’, when they really mean ‘Bollocks to that, pal’.

Children are always wanting stuff. No sooner have you given them the biscuit they nagged you for, there’s something else on their list of demands. This will inevitably carry on until they force you to internally shriek ‘For f**k’s sake!’.

There is nothing more annoying than when your child refuses to eat the meal you lovingly prepared for them because they said they liked it yesterday. You’ve begged and you’ve pleaded so at this point even one spoonful is a victory.

You’ve spent the day being an unpaid servant. You’ve sung 12 lullabies and read three stories and now you just want to get the hell away from the little shits. So you throw them a ‘Goodnight darling’ through gritted teeth, scuttle away and hope for the best.