Friend running late really was 'only 10 mins away'

A WOMAN has confirmed a friend running late really was only the 10 minutes away that she claimed.

Nikki Hollis, who was meeting old pal Emma Bradford for lunch, received a text five minutes before their agreed meeting time from her friend saying she was ‘only 10 minutes away!’ but then, 10 minutes later, was shocked to find it was true.

She said: “It’s made me question everything I thought I knew.”

“Like anyone would, I assumed Emma was a normal, trustworthy person so I’d settled down for a wait of at least 30 minutes. I’d ordered an aperol spritz to enjoy the coming stream of excuses.

“But then at 12.35pm on the dot she comes breezing in like it’s nothing. It felt like time and space had bent around her. Like the immutable laws of the universe aren’t real.

“Honestly, I almost shit myself.”

Hollis has now ended the friendship.

The creepy bastard's guide to grooming your body hair 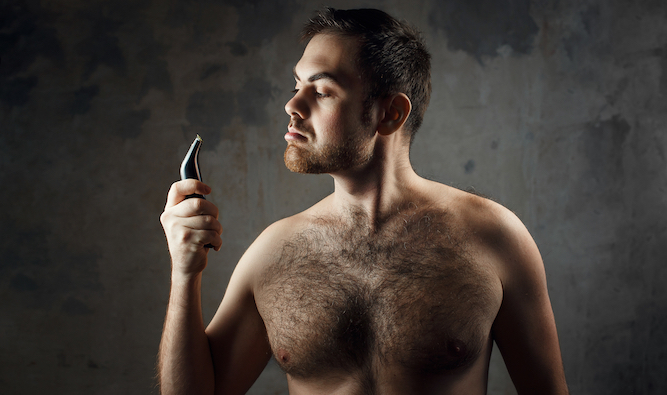 HAIRY all over? Here’s how to groom it and maximise your sinister allure to men and women alike:

Any kind of moustache, beard or sideburn that comes to a point makes you look like the generic Eastern European bad guy in Jason Statham’s early career. Emphasises bone structure so especially chilling when you don’t have any.

With repeated shaving, your soft natural chest hair grows back as thick thorny spines. Team with a deep V-neck T-shirt to make it seem you have the sternum of an egg-laying reptile.

Cyclists know that it’s key to remove all hair from the legs so people know you’re a cyclist. Bare legs combined with a hirsute torso give the impression of a chicken that escaped from the plucking machine halfway through and is now on the run from the farmer.

If you’re really hairy it’s assumed that you’ll have a hairy ape back. All that anyone wants is not to see it. But instead get it waxed and freak people out by looking like a dog that’s been shaved for an operation.

If dicks were halfway pleasant to look at they’d be out the whole time, there wouldn’t be faces in ruffs in the National Portrait Gallery but the Duke of Wellington’s knob. Shave your pubes and hitting the beach with your wrinkly cock and balls displaying 5 o’clock shadow, like Don Johnson in Miami Vice.