CHILDRENS’ constant use of screen-based technology is making them much less of a pain in the arse, it has emerged.

Televisions, laptops and smartphones are increasingly eating up the time which under-16s would previously have spent being enormously irritating.

“This is great news for parents who would otherwise be picking them up from parties at unsociable hours then watching helplessly as they regurgitate cheap cider all over the back seats of the Mondeo.”

“You may think that’s a bad thing but at least they won’t be shitting all over sand pits.”

Mother-of-two Emma Bradford said: “My children have become quite obese because of their screen-staring lifestyle.

“Which means my husband and I can fuck like hyenas without danger of interruption because our bedroom’s up some stairs.”

Tom Logan, 13, said: “Apparently, because I play it constantly I am liable to emulate the kind of violence portrayed in Resident Evil.

“Which means that if there was a zombie outbreak, I would be able to kill the zombies. Surely a positive thing for all concerned?”

Clubs line up to tell Barton to do one 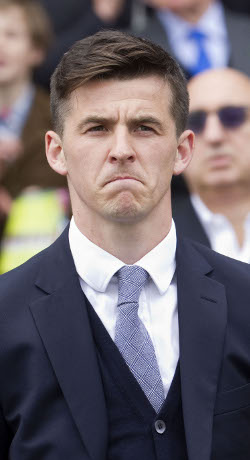 NEWCASTLE United have admitted they have been deluged with offers from clubs wanting to show Joey Barton exactly where the sun does not shine.

Barton had the final year of his contract terminated when start-of-season medical tests showed he was still an arsehole. He is now the subject of an intense bidding war amongst managers eager to dance around him flicking the V sign.

Newcastle chairman Mike Ashley said: “We’ve had a delegation from the Kingdom of Tonga arrive asking if they can wave their bottoms at him and then go home again. We’re even getting club owners from other sports asking if they can discuss having nothing to do with him.”

Barton is currently training on his own in a viewing pen several miles from St James Park and Ashley has tried to recoup some money from his departure by charging managers to watch him forlornly trudge up and down, shouting abuse at the training cones.

A small restaurant has been set up next to the pen, as well as a souvenir stand featuring shirts saying ‘My Manager Went To Newcastle & All He Got Was To Tell Joey Barton To Go Fuck Himself’.

But the biggest windfall could come from an unprecedented £15m up-yours bid from Manchester City, which would break the British spending record for telling a player to piss up a rope.

“Once we know we’ve got his attention they will fly in formation so they spell out the  phrase ‘In your dreams, you gobshite twat’.

“I think it shows once and for all the level of ambition at this great club.”