GCSE Science To Include Terrorism

THE GCSE science syllabus is to include ideological indoctrination and extremist violence, Ofsted has confirmed.

From next year pupils will be able to gain coursework credits by manufacturing a pipe bomb or calculating how much Western decadence is needed to provoke a glorious act of martyrdom.

Meanwhile a sample exam question asks pupils to write out the chemical formula for B&Q fertiliser and identify at least three major internal organs that will later be picked up by the fire brigade.

Tom Logan, a deputy headmaster from Stevenage, said: “They’re all aggressive little shits with persecution complexes, so we may as well work with it.

“Given that every school child is placed onto a register, is constantly monitored, has a burning resentment of authority and has a breathtaking disregard for their own personal safety, they’re basically one bulky rucksack away from a passing grade.”

Ofsted has also confirmed that RE lessons will no longer be sedate affairs taught by timid spinsters and will instead be conducted by screaming demagogues demanding pupils pay the ultimate sacrifice in order to achieve an A*.

But some comprehensives have complained that faith schools have an unfair advantage in producing brainwashed lunatics with an uquestioning hatred of difference.

Logan added: “How can we compete against priests armed with 2,000 years of insanity and a big, thick book?

“We spend most of our time trying to stop our lot getting each other pregnant or twatting themselves in the face with a ruler.” 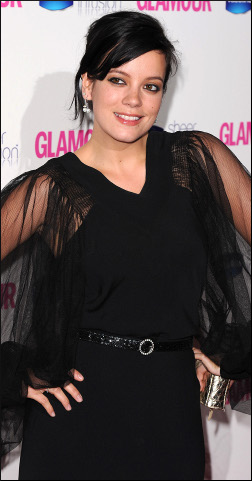 EXTRA-TERRESTRIALS could already be bombarding the Earth with short bursts of self-promoting drivel, it was claimed last night.

The aliens also believe that ‘Graxone4 shud get over it’, which appears to be one of a series of references to a holographic reality television-type series in which squid-like beings perform demeaning tasks to win a date with something that looks like a massive scaly puffin.

Astrophysicist Dr Nikki Hollis said: “These messages appear to originate from a distant planet orbiting Ursa Minor, a place so different to our world and yet seemingly just as trivial and depressing.

“It’s a strange sensation, to look up at the night sky and know that someone or something millions of light years away is about to watch a DVD boxset of series two of Tentacle Cop and eat some semi-gaseous ice cream while under their favourite blanket.

“I certainly never imagined being indifferent to a distant civilisation. Actually, I should probably stop reading their shit rather than just moaning about it, but it does give me a darkly compelling sense of superiority.”

She added: “However it is exciting to think that one day we might be able to meet these emissaries of the cosmos, and give them a right good fucking slap.”