A SOLID gold South American idol, lost for 1,600 years, has been found unexpectedly in the self-service bagging area of a Swindon Tesco.

The pre-Columbian object, with an estimated value of £220,000, was discovered yesterday afternoon by shopper Joanna Kramer when picking up a few groceries.

She said: “I was scanning my stuff  when up it pipes with ‘unexpected item in the bagging area’, which obviously I assumed was a bag, as usual.

“But it turned out to be a mask of beaten gold created by a sophisticated ancient civilisation. That’s not the kind of thing you find in the bagging area at all.

“I gawped at it for a few minutes, looked for a barcode but there wasn’t one, then put it back just to hear the till call it ‘unexpected’ a few more times.”

Kramer added: “Then the woman supervising the self service area just swiped approval without even looking, so I stuck it in my bag and fucked off.”

Government to spend £350 million a week on Brexit negotiations 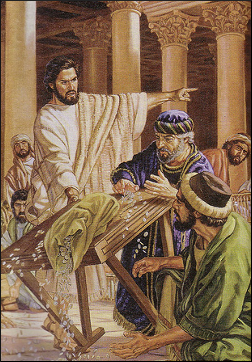 THERESA May has pledged to spend £350m a week negotiating Britain’s exit from the EU.

The prime minister has emphasised the economic advantages to be gained from Brexit, and has promised to ‘spend, spend, spend’ to make them a reality.

May said: “The key to a successful negotiation is to play it cool. That’s why I have set up a Department for Brexit which will be based in a brand-new building made entirely of British materials, like fibreglass and tin.

“David Davis and his army of £5000-a-day lawyers will fly to Brussels in titanium helicopters to strike the best deals possible for this country.”

May also promised that as a cost-saving measure, all EU flags would be replaced by portraits of the Queen.

Brexit campaigner Roy Hobbs said: “It’s great news for Britain that we won’t be wasting our money on things like research and education and jobs.

“If I were prime minister, I’d erect a scale model of Brussels somewhere near Dover and set fire to it, to prove we’re a proper country that makes serious decisions.”