A GIRLFRIEND has completed the process of annexing every item of her boyfriend’s wardrobe.

Tom Logan, who has been seeing Nikki Hollis for four months, revealed the appropriation of his clothing began in the third week of the relationship.

He said: “She took one of my t-shirts to sleep in. Which I didn’t mind really, because it was quite sexy. Over the next two weeks she took the rest.

“Then it was my running shorts because she didn’t have any of her own.

“Then it was all of my jeans, my shirts and my boxer shorts. She says she needs the boxer shorts ‘in case of emergencies’. What does that mean?” 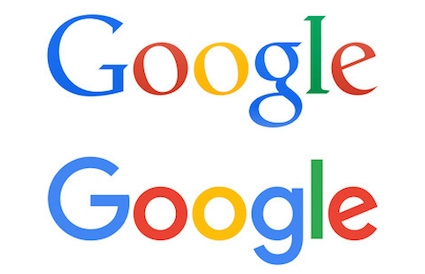 SEARCH engine Google has been abandoned by users unable to decipher its new logo.

Computers have been hurled out of windows in confusion and anger, with many people rejecting modern life altogether and choosing to live in a cave.

Google fan Nikki Hollis said: “I wanted to look up what my opinion on Taylor Swift was meant to be today but instead of my Google homepage I was met with these strange, menacing hieroglyphs.

“I haven’t been home since but I imagine they’re still there on my computer screen, glowing with unfathomable, arcane menace. I don’t know what I’m meant to do now.

Cryptologists have warned the series of curves and colours may represent an ancient Mayan curse, and if enough people try to utter its message it could invoke The Unnamed One into being.

Hollis added: “Why can’t we have winsome cartoons about artists I’ve never heard of? Where was the harm in that?”