GOD is dead and patriotism is intellectually bankrupt, the Girl Guides have announced.

The movement’s new oath shuns the concepts of deity and nationhood but retains a pledge of loyalty to the Queen after the monarch wrote what the Guides described as a ‘pitiful begging letter’.

Conservative MP, Sir Denys Finch-Hatton, said: “They are on the road to hell. The Girl Guides have become a nihilistic, pseudo-anarchist militia, hungry for meth.”

But Emma Johnson, a 13 year-old Guide from Stevenage, said: “We now worship the sacred feminine. We have no need of your crumbling deity, spouting the same old Stone Age bullshit.”

Johnson also dismissed the nation state as an ’embarrassing relic of the 20th Century’, adding: “It is simply an instrument for the conduct of capitalist, phallocentric wars.

“Each Girl Guide troop is now an informal community of free individuals, searching for meaning while unencumbered by the fascistic structures of national identity.”

Johnson also revealed that the Queen’s letter was ‘pathetic’.

“She said that if we ditched her then her entire 60 year reign would have been an utter waste of time.

‘We’ll throw her a bone, but when she’s gone we’ll probably pledge our loyalty to Sarah Lund, Annie Lennox or this one armed doll we found in a skip. It’s all just a load of piss anyway.

Redundancy for soldiers who didn't kill anyone 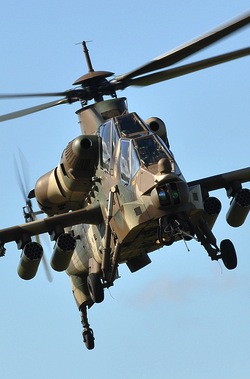 SOLDIERS who failed to meet Afghan death targets are to be sacked.

The Ministry of Defence said the armed forces will offer taxpayers better value for money if resources are focused solely on those troops who are consistently good at killing people.

A spokesman said: “There is no point in buying someone a brand new gun if they keep missing.

“And you would not believe the cost of an Apache helicopter. You can’t just hand them out to anyone who’s not related to the Queen.”

The MoD is to introduce a commission-based pay structure with new recruits receiving no basic salary but 40% of the value of each dead Afghan.

The spokesman added: “The platoon commander will also receive commission for each brown person killed by one of his troops, with the formula being continued all the way up the chain of command. In a good year a brigadier general could take home the best part of £1.5m.”

“These days it’s all about ‘ABC’, Always Be Closing. Afghans.

“My watch cost more than your car.”

Corporal Roy Hobbs said: “I had a good month in April. Booked six grand worth of Afghans and came top of my section. They gave me two free tickets to the snooker.”

But former soldier Nathan Muir added: “I could have closed about 20 Afghans last month but the leads were shit. You get told to close someone but then it turns out they’re fucking miles away.