He likes to watch the telly 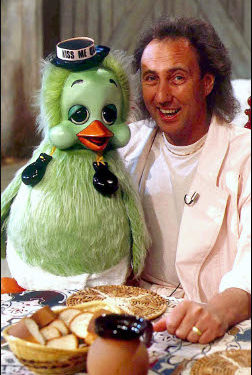