THE government has outlined plans to monitor all of Britain's email traffic, covering everything from penis enlargement to Lindsey Lohan straddling a Labrador.

The only internet traffic exempt will be Ministry of Defence communications, NHS data transfers and anything that comes to or from the inbox of an MP, even if it has a JPEG attachment entitled 'Freaky Japanese Scat'.

IT expert Julian Cook said: "Sorry, I must have misheard. Did you say all the internet traffic in the UK? Are you fucked up?

"An elderly crofter living on a Hebridean sheep farm generates enough porn-related clicks to keep an IT worker busy for a year.

"Your average ADD office worker clicking their Facebook page like a starved lab rat on the food button would take more people than are currently alive in the world."

Civil rights campaigner Nikki Hollis said: "It's like that book by Orwell. Not the one with the pigs, the one set in the 1980s. What was it called?

"Anyway, the point is, if I update my Twitter page every eight seconds, then that's nobody's business but my own and the seven people who follow me. Hi Debs. CU l8ter. LOL."

But a Home Office spokesman insisted: "Nikki Hollis' ongoing Twitter status is very much the business of government. We need to be able to respond effectively the moment we intercept intelligence which suggests she has just eaten a Kit Kat and is beginning to regret it.

"And as for the gigantic amount of sexually explicit material that will be collected, you do know the home secretary is Jacqui Smith, right?" 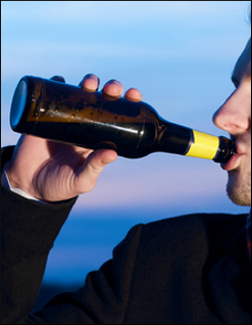