Don't Panic But You Are Going To Die 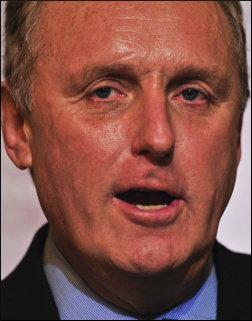 PEOPLE across the world have been urged not to panic as experts warned that most of you would be dead by the end of this sentence.

As pork flu swept across the globe governments sought to calm fears by ordering 400 million coffins, while media organisations offered a reward to any scientist prepared to use the word 'holocaust'.

In the UK, experts stressed there was no risk from pork products before urging Britain's army of morons to round-up all the sausages they could find and throw them into the sea.

Professor Henry Brubaker, of the Institute for Studies, said: "There's nothing to worry about but this is definitely worse than four simultaneous nuclear wars and a dinosaur invasion."

Governments have called on media organisations to work together in the face of what one official described as 'a nice, big, fat panic'.

Professor Brubaker added: "The world is paying the inevitable price for years of unprotected pig sex.

"It's no surprise this started in a devoutly Catholic country where everyone follows the Pope's instructions to the letter, especially the pig molesters.

"Pig sex, chicken sex, monkey sex – eventually they all come back and bite us on the arse. But not goat sex, that still seems to be fine."

Meanwhile the editor of Daily Mail was last night under observation in a central London hospital after suffering what witnesses say was a 'cataclysmic ejaculation'.

A source said: "He got more and more engorged as the details came in and then, when we got the Brubaker quotes, he went all cross-eyed, fell backwards off his chair and his trousers exploded. There was spunk everywhere."