IPSWICH Town yesterday unveiled Roy Keane as their new manager but stressed they would be keeping a large butterfly net to hand, just in case.

Chief executive Simon Clegg said that while he expected Keane to bring silverware to Portman Road the club also had a responsibility to ensure they could catch him as quickly as possible.

He added: "The net is the safest method, but if he manages to outrun his carers then we are prepared to bring him down with a tranquiliser dart and then secure him to a wooden plank using strong leather bindings."

Much of the club's offices and training facilities have been padded in anticipation of the appointment, while a treatment room has been refurbished to accommodate Keane's electro-shock paraphernalia.

Keane told a press conference that Ipswich was a great club with a proud history that had always punched above its weight and said he was looking forward to taking his first training session just as soon as the 40ft high chicken had been removed from the centre circle.

The Manchester United legend also claimed none of his former team mates had so far made a success of management, while only a handful had harnessed the power to make themselves invisible.

Keane said that Mark Hughes had done better at Blackburn than Manchester City before insisting repeatedly that Steve Bruce does not exist.

He added: "I have the support of the owner who understands that it's very important for me to able to buy any player I want and then experiment on him in my underground laboratory."

Recession To Be Susan Boyle-Shaped 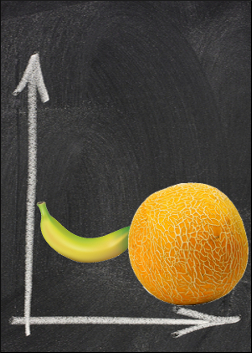 THE recession is likely to be the shape of quirky Scottish songstress Susan Boyle lying on her back, experts said last night.

A leading economic forecaster said Britain could expect to see positive growth by the middle of next year unless Boyle decides to lose a bit of weight and get herself all glammed-up.

Tom Logan, of the Ernst and Young Item Club, said: "If you imagine looking at Susan side-on while she's lying flat on her back, the worst part is the sharp descent from the tip of her big toe to the bottom of her shin.

"The rest of 2009 will follow the line of her lower leg, kneecap and thigh, then things should start to pick up a bit by the end of the year as we move up, over and beyond her 'private area'.

"By mid-2010 we should have scaled her chunky midriff and be exploring the lower regions of her fulsome and apparently untouched breasts. Then it's all a bit up and down as we negotiate her chin, mouth and nose."

He added: "We can't make any accurate predictions for 2011 until we know what she's going to do with her hair."

The Treasury dismissed the Ernst and Young Susan Boyle-o-graph, insisting the recession will be the shape of an upturned Walnut Whip or, at worst, a banana stapled to a melon.

Meanwhile pressure groups have insisted the shape of the recession must be used to highlight important environmental, human rights and health issues.