THE Guardian has created a French dictionary that contains only feminine words.

The paper insisted masculine nouns had dominated for too long and has now tackled the inequality by stripping out all words that start with ‘le’ from the French dictionary”.

“It really hammers home just how uneven the dictionary playing field is, and how tough it can be for young, up-and-coming feminine words to gain recognition in an archaic, testosterone-fuelled arena.”

A link to the dictionary has since been re-tweeted by almost 20 of The Guardian’s Twitter followers.

Donna Sheridan from Islington said: “I posted it on my feed because I thought it was so striking and powerful. It really makes you think.”

When asked exactly what it makes you think about, Sheridan refused to comment.

Everybody wondering if it's okay to change profile back now 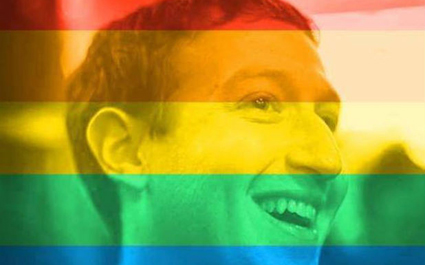 NO-ONE wants to be the first to remove the Pride rainbow from their Facebook picture, it has emerged.

Millions of people added rainbow stripes to their profile image over the weekend, to show their support for LGBT rights in a way that did not require them to get up from their computers.

Sales manager Mary Fisher said: “Of course I support equality, but my old picture used a very flattering Instagram filter. This one makes me look simultaneously seasick, jaundiced and sunburned.

“I can’t change it back though in case everybody thinks I’ve suddenly become a massive homophobe. I might as well put up a selfie with Vladimir Putin.”

Tom Logan, from Chesterfield, said: “My nephew’s already ditched his rainbow filter picture but he’s actually gay so nobody’s going to call him a bigot.

“Ideally there’d be a signal for when we can get rid of it without anyone thinking less of us. Maybe Ian McKellen could send a mass email titled ‘Rainbow down if you like, nice one guys’, or something?

“Or am I stuck with this until I get a new cat or have a baby?”