A MAN has been sharing ‘secret’ information from conspiracy websites that are clearly bullshit.

Tom Logan frequently enthuses about fringe theories such as the whole system of money being a scam or that ‘big pharma’ has a cure for cancer but chooses not to market it.

Friend Nikki Hollis said: “Tom told me money is worthless and the entire world financial system is about to collapse. I was shocked because you’d think that would be on the news.

“Then I realised he’d got it from some website called ‘Financial Armageddon Is HERE!’ that encourages you to buy overpriced gold coins to use in the coming barter system.

“Then he said cars can be powered by seawater using a ‘saline engine’ invented by an Israeli scientist. I asked for details but apparently the guy’s in hiding because oil companies want to kill him.

“I think Tom needs to be a bit more sceptical and perhaps not encourage his parents to invest their entire life savings in bitcoins.”

Logan said: “I’m sick of paying for electricity when NASA has already covered the dark side of the the moon with solar panels and transmits free energy back as microwaves.

“Luckily a guy on the internet has got a perpetual motion machine, so I’ll definitely be investing in that.”

Utter bellends reminded that being a Nazi not actually patriotic 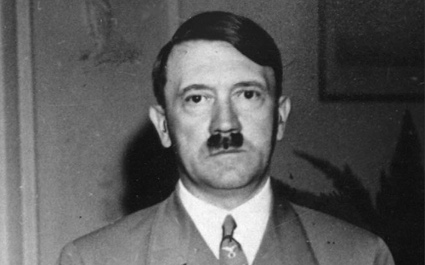 MORONS have been reminded that Britain actually fought Nazis during the war.

As the neo-Nazi movement grows in popularity among ‘patriotic’ British bellends, they have been reminded that Britain has historically always been against the Nazis.

93-year-old Roy Hobbs said: “I remember World War Two quite well because I actually fought in it, and I am absolutely certain that the people firing bullets at us were Nazis.

“So I’m not sure where all this stuff about neo-Nazis ‘loving Britain’ comes from. The Nazis definitely didn’t seem to like Britain very much because they put quite a lot of effort into dropping bombs on it.”

Neo-Nazi Wayne Hayes said: “Word War Two was fake news, they just used Photoshop to make it look like the Nazis were bad.

“Churchill was a proud Nazi and so are those bulldogs that we like – the massive squat ones that can’t breathe properly. We are into them because they are genetically perfect.”