Gypsies 'love stupid, pointless shit just like rest of us'

A NEW television series has been hailed for portraying gypsies as being just as shallow, materialistic and celebrity-obsessed as mainstream society.

Travellers’ rights campaigners and people who live in houses have praised Channel 4’s My Big Fat Gypsy Wedding for showing that traveller culture, rather than being alien or threatening, is mostly about showing off and having more stuff than your neighbours.

Company director and former rabid gypsy-hater, Tom Logan, said: “I’d always loathed and feared travelling people as noisy, sorcerous vagabonds who’d steal your breath if they thought it could be ‘weighed in’ at the local scrapyard for its residual lead content.

“But I see now that they share my belief in conspicuous consumption and spending large amounts of money on flashy, pointless geegaws as a way of being impressive.

“Although I prefer to waste my cash on luxury consumer electronics and golf clubs rather than a robot wedding dress the size of a village.”

Office worker and mother-of-two Nikki Hollis said: “I thought travellers lived in unsanitary wooden cars, did voodoo and let their kids fight each other with dead badgers.

“But I’ve now learned that little gypsy girls dress in sexually provocative clothing and get most of their aspirations from MTV, just like my own children.”

Logan added: “I suppose I’ll have to find someone else to victimise now and it will most likely be homos.”

Osborne to reconsider being torn to shreds 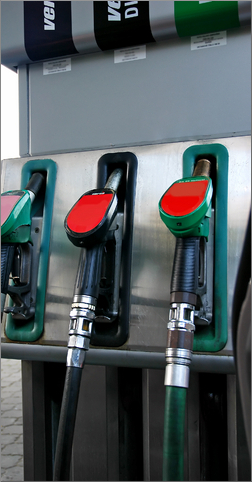 CHANCELLOR George Osborne will rethink an April fuel price rise after acknowledging its effects on his ability to live.

His advisers presented him with research detailing the anticipated revenue gained from a 1p per litre rise as well as the number of trees bits of him would be scattered amongst.

Osborne said: “I’m beginning to think a fuel hike would be like holding up a bank then applying for an overdraft.

“There’s certain sections of the electorate you want to avoid pissing off and the lorry-driving section that tends to provide a disproportionate number of the country’s murder suspects is one of them.”

A spokesman for Unite said: “We appreciate these are difficult times and changes in government revenue streams have to be looked at but the old joke about a full tank of petrol doubling the value of a Skoda is now true for Audis.

“It’s the chancellor’s job to make difficult decisions but he must acknowledge how much more difficult it would be while stuffed into a piece of rolled-up carpet in a lay-by.”

He added: “My only concern is that such a move would be massively unpopular with Conservative backbenchers.”