Have you just been mugged or did you just buy a train ticket?

ARE you distraught, shaking and much poorer? You’ve either been mugged or just bought a ridiculously overpriced train ticket. Take our test and find out what happened.

Where did the incident take place?

A. Just outside the train station.

B. Just inside the train station, at the ticket office.

Did they threaten you?

A. Yes, the guy claimed to have a knife.

B. Yes, if I didn’t cough up for my season ticket they wouldn’t let me on the train and I’d lose my job and have to live in a cardboard box with a dog called Rebel.

Can you describe the mugger?

A. It all happened so fast, but I think he was wearing a grey hoodie.

B. He definitely had a name badge saying ‘Colin – customer service satisfaction adviser’.

Would you recommend their service to a friend or colleague?

A. Are you kidding? I’ve just been mugged.

B. Are you kidding? I’ve just been mugged.

Mostly As. Jesus! You’ve just been the victim of street crime! Call the police, cancel all your cards, take the day off and finish that bottle of Vermouth left over from Christmas.

Mostly Bs. Jesus! How much did you say that ticket cost? Don’t bother calling the police because it’s going to happen pretty much every day for the rest of your working life.

Woman unable to leave Lidl without a bag full of crap 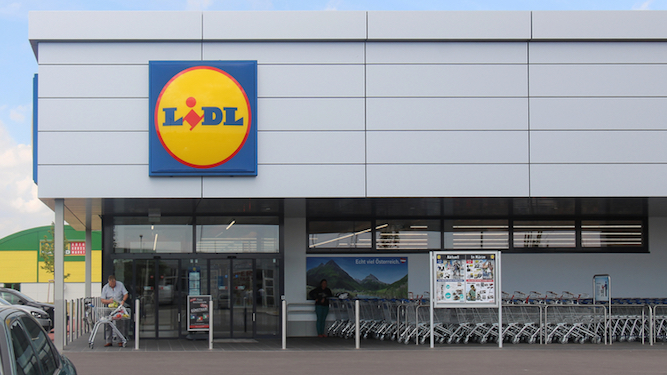 A WOMAN who only went into Lidl for a pint of milk has left the store with a patio heater, a fondue set and a faux fur throw.

Office manager Emma Bradford had only been in the store for five minutes when she found herself in the middle aisle looking at random shit she did not need.

She said: “I’m not sure how it happened. One minute I was in the dairy section, the next I was rummaging through decorative cushions I didn’t even know I wanted.

“Then suddenly I convinced myself I really need a set of muffin trays, a multipack of de-icer, three scented candles and a garden hose. I don’t even have a garden.

“If I’m honest with myself the milk was just an excuse to look at the crap. I think I have a problem.”

Retail expert Nikki Hollis said: “Lidl hones in on consumers’ desires they didn’t know they had and offers them up at prices they are powerless to resist, even if it’s something rubbish like a trowel rack.

“That and people are idiots who don’t realise getting something they don’t want at a very reasonable price isn’t a bargain.”