THE UK has returned to work feeling well-rested and well pissed off, it has been confirmed.

Across Britain employees are back after a 12-day break packed with pleasure and relaxation which has provided an excellent contrast with workplace shit.

Nathan Muir of Maidenhead said: “I really feel like myself again after doing nothing but scoffing chocolates and watching telly for a fortnight. Why do I have to come to this horrible place again?

“I’ve spent loads of quality time with family and friends, and now I’m back opposite Rachel, who likes arguing about spreadsheets, and Daryl, who sniffs.

“There’s nothing like a proper break to bring back how unnatural it is to spend five days a week in the company of arseholes doing pointless bullshit. I’m not speaking to any of them until March.”

Colleague Susan Traherne agreed: “Christmas is the new normal. This shithole is deeply offensive to me, and it’s only a two-day week.

“If anyone’s up for an armed revolution against our corporate overlords I’m in. It needs to be soon though, because by Tuesday I’ll be all beaten down again.”

Man with huge, poncey moustache claims he wants people to ask him about something else 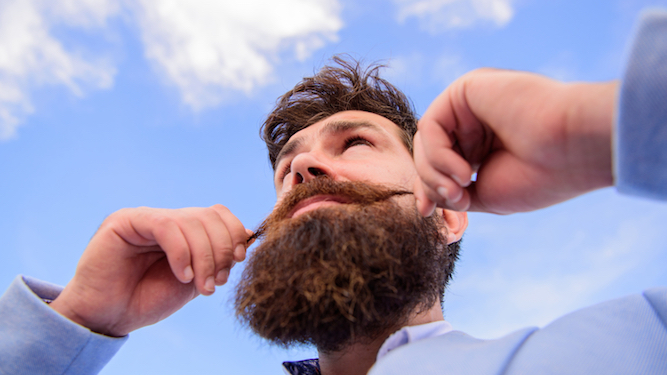 A MAN with a large, carefully manicured moustache says he wishes people would pay less attention to it.

Tom Booker spends up to an hour every morning applying wax to his lip hair and making sure the ends point upwards at a precise 45-degree angle.

Booker said: “Look at this big, beautiful thing. Now please stop looking at it. Haven’t you seen facial hair before?

“Yes, it’s the first thing you notice and I keep tagging it in Instagram posts, but why not ask about something else, like whether I speak a foreign language?

“I don’t, but that’s beside the point.

“I’m so much more than the moustache. I’ve also got an elaborate tattoo on my arm you won’t understand until I faux-begrudgingly explain it to you, and t-shirts with huge slogans on that I wish people wouldn’t look at.

“It’s so shallow of them to keep mentioning striking things about my appearance I’m pretending to be blasé about.”

Booker added: “And anyone who says the unicycle I frequently ride to work is a pointless affectation just doesn’t know me at all.”