Hipsters are better than you, say researchers

IRONICALLY-moustached hipsters are actually better than you, according to a new study.

Hipsters tend to be wealthier, happier and generally less likely to give an artisan-made toss what you think about them than the other way around, say researchers.

Hipsterologist Wayne Hayes said: While they look like seven stone of urine and a manbag, you seldom see them anaesthetising themselves in a chain-pub vomitarium after 40 hours of misery in a minimum wage shitfarm.

While youre at home desperately trying to think of something to say about Paddy McGuinness, theyre drinking Old-Fashioneds from monkey skulls in a converted munitions factory.

Then theyll have angular, exciting sex with somebody who looks like a Koople and whose name sounds like an Ikea lamp on a bed that cost more than your car. Who, we must ask, is the bigger arsehole?

Hipsters tend not to breed as pregnancy is difficult to accessorize, meaning their numbers will always remain low, but Hayes also argued that while their conversations make you want to yank your brain out through your nose, they probably feel the same way about your ghastly children.

He also confirmed that riding a penny farthing to work in an art gallery is probably not as hopelessly twattish as wearing an M&S suit on a train with 300 identical people who all wished they were dead.

Hayes added: By the way, Im not suggesting that you should actually like hipsters  fuck, no.” 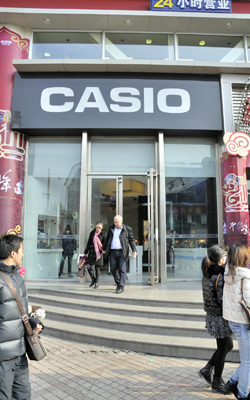 APPLE is taking on game-and-watch giant Casio, it has been emerged.

The corporation’s long-rumoured iGame-and-watch will combine a digital timepiece with a rudimentary game involving rockets.

An Apple spokesman said: “For too long Casio has dominated the lucrative game-and-watch market.

“Well, it’s time for them to move over and let the big dog eat.

“Wait until they see the iGame-and-Watch with its elementary rocket game, which is called Rocket Shoot, and natty black plastic strap.

“Plus it’s got a calculator on it.”

Apple fan Julian Cook said: “Will it have a picture of an apple on it? OK, I’m in.”

However sales manager Julian Cook said: “It’d have to be a pretty great product to make me switch from my existing game-and-watch on which I can play a golf game.

“Besides being fun, it allows me to sharpen up my putting skills.”