Hipsters having a hard time trying to copy Trump's hair

TRENDY people who want to copy Donald Trump’s hair in an ironic way are finding it impossible, it has emerged.

Tom Logan, a 27-year old social media manager, decided it would be a ‘super cool’ statement to have his hair like the insane murder clown president, but has found that even a vaguely similar look is very hard to achieve.

Logan said: “From the insipid shredded wheat colour to the wildly opposed combing angles, I haven’t been able to manage any of it.

“I figured out I had to grow the top really long whilst keeping the sides at a ‘difficult’ length, but I couldn’t recreate that lacquered comb over thing that somehow manages to be both bouffant and flat at the same time.”

Logan added: “It’s like a shape-shifting demon is sitting on top of his head. Maybe he is actually a really nice guy and his hair has taken control of his mind.” 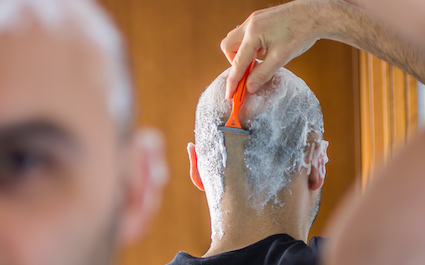 A BALDING man has been acclaimed by friends for calling the moment to begin shaving his head just perfectly.

Nathan Muir, aged 31, made the decision to go bare after it had become inevitable but before it had become embarrassing, his friends and colleagues agreed.

Girlfriend Carolyn Ryan said: “It’s been thinning for a few years, but doing anything before now would’ve been premature. Enjoy it while you’ve got it, after all.

“This year it became unignorable, but there are blokes who would have pretended it wasn’t for another couple of years. Not my Nathan.

“He didn’t invest in a series of skater baseball caps. He didn’t try to gel the front back over the sparser middle. He took the bull by the horns and shaved it bare.

“I’m proud of him. I’ve told him it looks sexy, even though it doesn’t, and I might let him get some tonight for doing the right thing.”

Muir said: “I’m really glad everyone agrees I picked the right time to never have hair again. Ever. For the rest of my life. Ever again.”