A WOMAN who claims to have a divisive personality unites everyone who meets her in hatred, it has emerged.

Emma Bradshaw, aged 24, believes her blunt speaking no-nonsense approach to life wins her friends and enemies alike, despite it never having won her any friends.

Colleague Susan Traherne said: “Emma claims to be like Marmite in that you’ll either love her or hate her, but people like Marmite. Nobody likes Emma.

“Furthermore if you don’t like Marmite it just sits on the shelf not bothering anyone, rather than getting in your face saying it ‘hates drama’ then losing its shit at Marie from accounts because of her ‘bitch attitude’.

Emma said: “I take no prisoners, I don’t take crap from anyone, I’m real and I tell it like it is. If you don’t like me that’s your problem.

“I split people down the middle. Loads of them think this is great.”

The 'NSH' or whatever it's called is my top priority, says Hunt 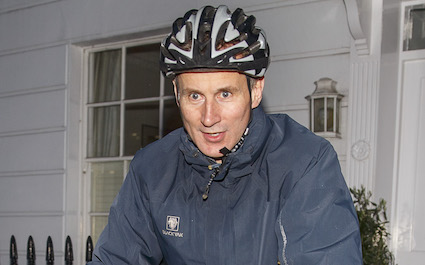 JEREMY Hunt has confirmed that solving the problems of the National Whatsiscalled Service is his key focus whenever he is not busy.

The health secretary, who conceded after consulting with an adviser that the NHS does come under his department’s responsibilities, promised to get onto it right away or at the very latest by next summer.

He continued: “Regrettably, when I repeatedly said the NSH thing was ‘completely unacceptable’ in an interview with the BBC, I thought it was Amber Rudd’s problem.

“But now I’ve made the connection I’m going to be finding out all about it. Diary’s a bit full of pharmaceutical lobbyists at the mo but I promise I’ll turn this baby around by 2019 minimum. Oh no, that’s Brexit. Okay, 2021.

Hunt added: “Tell you what, since I’ve not really got time for this, how about I hand it over to someone who can really focus on it?

“There’s a company called BUPA which seems very keen and get this – they’ll even pay us.”