THE promise of a ‘flash mob’ has lured thousands of annoying people to their timely deaths, it emerged last night.

The use of a mobile-advertised mass event as bait for a murder trap is part of a scheme to reduce the number of dicks in the UK to 33 million by 2014.

A spokesman for campaign group Co-ordinate Your Death, said: “Flash mobbing is a recent phenomenon in which a group of individuals gathers in one place to show off.

“So what better way to lure the nation’s surplus dicks to their demise than by using social network sites to disseminate invitations to a pants-only custard pie and glitter fight in Trafalgar square?”

An estimated five thousand semi-clothed attention seekers gathered in the hope of making strangers think they are crazy, uninhibited mavericks.

However they were quickly torn to pieces by voracious dogs specially trained to kill partially naked people covered in custard and glitter.

Sociologist Dr Nikki Hollis said: “Flash mobbers typically believe that they are enlightening and challenging the everyday humdrum world of the square nine-to-fivers with their wacky, spontaneous, beguilingly childlike antics.

“You may have noticed I used the word ‘wacky’.”

She added: “There is a reason many of us have lost touch with our inner children. It’s that we are have become adults, fully grown humans capable of reading relatively complicated books, operating machines like cars and taking ourselves to the toilet.

“So how can it possibly matter?” 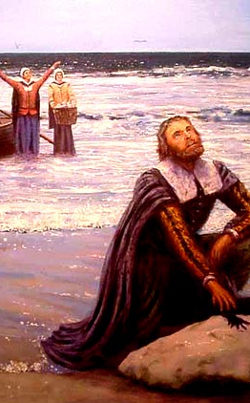 IF Britain is in the mood for apologising for things it should really add America to its list, it was claimed last
night.

As David Cameron told Pakistan that its current balls-out craziness was actually the fault of the British empire, experts pointed to the giant, stupid, disgusting country founded by some people from East Anglia.

Julian Cook, author of America: What the Fuck Were We Thinking?, said: “When Harwich-born Christopher Jones captained the Mayflower in 1620 he began a process that would lead ultimately to genocide, the Ku Klux Klan and Grey’s Anatomy.

“Thanks to him and his insane passengers, the way was paved for a nation of heavily armed toddlers led around by an ever-changing roll-call of religious maniacs, grubby conmen and dead-eyed celebrities.

“It doesn’t understand anything more than 15 minutes old – except creationism – and is littered with strip malls and heavily branded cheese pumps.

“We have engineered a massive, unstoppable Essex. We should all be in jail.”

Cook conceded that other European countries would have taken Britain’s place, but stressed: “Then we might have had a massive, unstoppable Dordogne. And that sounds brilliant.”

Historian, Roy Hobbs, added: “And let’s not forget that in the 19th century we made it even worse by ensuring its eastern seaboard was flooded with drunken, Irish gangsters whose chippy, lachrymose descendants would end up buying millions of U2 albums.

“So as well as Pakistan and America, we created Bono. And how do you even begin to apologise for Bono?”

Meanwhile, Cameron’s apology has been questioned by experts who stressed that the £650m in educational aid to Pakistan is being used to counter the sort of peevish, blood thirsty Islam that existed before the British empire was even a shitty little twinkle in a Plantagenet eye.

Bill McKay, professor of tiffin at Reading University, said: “If it wasn’t for a smattering of slightly giddy, gin-hammering colonists and jolly, Simon Callow-style vicars it could actually have been much, much worse.”