Letwin on to something

TORY bastard Oliver Letwin may have struck gold with his desire to confine the working class to their hellholes, it has been claimed.

Letwin said he did not want people from Sheffield to enjoy cheap foreign holidays because they tend to leave airports covered in hair, urine and a thick, greasy substance known as ‘dripping’.

But as educated liberals used Twitter to call him a c**t, experts told them to just think about this for a minute.

Economist, Roy Hobbs, said: “What if, right, we made sure that working class people had secure jobs, good homes, excellent schools and first rate healthcare and all they had to do in return is not come anywhere near us?

“It’s perfectly natural – and admirable – to want other human beings to enjoy the same quality of life as you do, but that doesn’t mean you have to tiptoe round their puke when you’re coming out of a wonderfully authentic little tapas bar in a side street in Palma.

“You know the one – it’s near that amazing cathedral that people like you and I think is a stunning example of Gothic ecclesiastical architecture and they think is ‘shite’.

“Wanting the best for them while simultaneously hating absolutely everything about them does not make you a bad person.”

He added: “Why do they want to go somewhere foreign anyway? It just confuses them and makes them even louder.

“Besides, they tend to prefer places that are filled with the same ghastly, sub-standard food and worryingly cheap beer that they guzzle at home. The actual foreignness of it is completely irrelevant.

“So instead of hunting down Oliver Letwin and eating him, wouldn’t we better using our collective talents to somehow make Sheffield a bit warmer?

Mario and Luigi not actually brothers but do live together 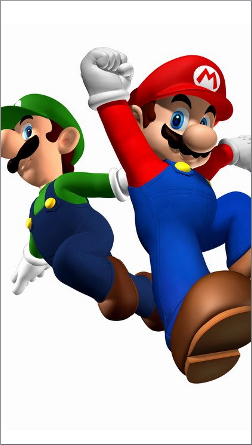 MOUSTACHIOED adventurers Mario and Luigi are not related but they do have a special bond, it has emerged.

The Mario ‘Brothers’ revelation comes in the wake of Dragon Eye 2, a computer game featuring openly gay characters on the mythical fantasy world of Grindr-onia.

Mario said: “Luigi and I are two highly compatible individuals who found each other in the eighties and have been together ever since, living in a little red brick house full of vintage theatre posters and overweight cats.

“We are not actually brothers, more like soul mates.”

He added: “It just felt like it was the right time to say something. Unfortunately various lucrative licensing deals prevent me from being more explicit, but let’s say we’re unlikely to fall out over the favours of the Princess Toadstool.”

Games reveiwer, Wayne Hayes, said: “They wear lurid dungarees. They have matching facial hair. They inhabit a design-heavy environment decorated in bold primary colours. Most of all, they’re Italian.

“It’s questionable whether this is any kind of revelation.”

Veteran heterosexual gamer, Bill McKay, said: “As a red-blooded straight macho male who would definitely be shagging lots of women if he wasn’t constantly sat in front of a monitor with the curtains drawn and surrounded by discarded Pot Noodle tubs, I find the thought of same sex relationships disgusting.

“However I am less troubled, and in fact somewhat aroused, by the idea of sexual relationships between men and attractive female cat-type humanoids, or busty unicorns.”