THE idea that people could do good things without religion is a child’s fairy story, Christians have claimed.

Grayling’s The Good Book explains why human beings are capable of being nice to each other even without the guidance of divisive, self-serving organisations that preach a moral doctrine riddled with obvious contradictions.

But the Right Reverend Julian Cook, the Anglican Bishop of Hatfield, said: “It suggests that a man who doesn’t believe in the resurrection could help a neighbour or give money to charity. It just doesn’t make any sense.

“In one chapter we are told that an ordinary person could volunteer at a homeless shelter when there is no evidence whatsoever that this person believes Jesus turned water into wine or healed a leper with his special finger.”

Monsignor Stephen Malley, a leading Catholic theologian, added: “So this person just woke up one day and miraculously decided to do something for someone else?

“I’m sorry Professor Grayling, you may convince some people with this voodoo hocus pocus, but I will stick with the empirical logic of transubstantiation, thank you very much indeed.”

Tom Logan, a practicing non-believer from Finsbury Park, said: “Yesterday I gave twenty quid to the Japanese Red Cross and then wiped my backside with St Paul’s Third Letter to the Kardashians.

“I think that’s one of the ones where he encourages the ritual slaughter of homosexuals.

BBC to make startling documentary about your unnecessary children 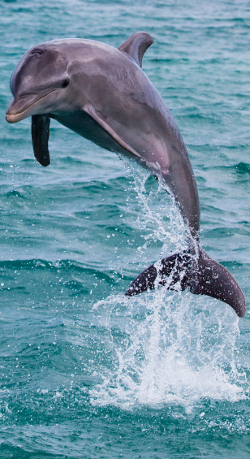 THE BBC natural history unit is to make a ground-breaking series about the consequences of your unsustainable breeding.

Presented by Sir David Attenborough, Scum on Earth will demonstrate the amazing diversity of human life and why there should be an awful lot less of it.

Using innovative camera techniques the 12-part series will reveal in intimate detail why you and your rosy cheeked offspring are little more than dolphin-murdering parasites.

The producers have also commissioned a man and a woman to make a baby and will follow its progress from conception, through to the moment of birth when it will be immediately chucked into a bin.

A spokesman said: “The conception and gestation of a human foetus is one of the most remarkable and unnecessary things in nature.

“While the child is in the womb we will be using innovative camera techniques to show its fat bitch of a mother eating her own bodyweight in increasingly scarce Creme Eggs.”

Sir David will also travel to a remote area of Newcastle where he will attempt to get close to a family of wild Geordies.

The spokesman added: “He will have to speak very quietly, keep very still and not make eye contact with the alpha male, otherwise he could be mistaken for a benefits officer.

“Once he has gained their trust he will then lecture them about having lots of disgusting, resource-hungry children who will probably grow up to watch ITV.”