A WOMAN working from home has found herself being bullied in the workplace by her cat.

Eleanor Shaw shares her flat with seven-year-old Tigger, but relations between the two have been strained since Shaw went freelance earlier this year.

She said: “It started as minor stuff, like playfully jumping on my lap when I was typing or making weird noises behind me to make me laugh, but it’s escalated.

“He walks across the keyboard, he knocks stuff over in the kitchen, and he’ll sit and stare at me for hours in the most intimidating way.

“He’s got other cats from the neighbourhood involved too. There were three of them outside the window eyeballing me for a whole afternoon. It’s impossible to think.

“It’s ridiculous. I’m not going to be bullied out of my own home by a cat. I’m only working in the cafe down the road three days a week because I like the walk, and the atmosphere, and the people.”

Tigger said: “Yeah, you better get the hell out. This is my me time.”

Man distrusts all politicians unless they're right-wing bastards 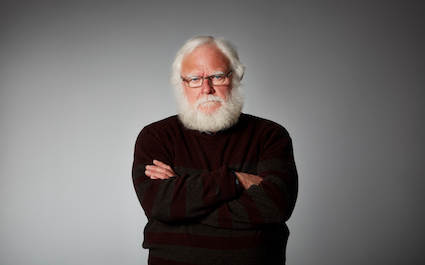 A MAN who claims all politicians are crooks and liars trusts them implicitly if they are right-wing, it has emerged.

IT manager Martin Bishop’s cynicism about politicians magically disappears if they share his views on issues like immigration, lazy public sector workers and the EU being a sort of mafia.

Bishop said: “The promises they make aren’t worth a bloody thing. Apart from all the ones who backed Brexit, who you can believe in 100 per cent.

“They’ve all got their snouts in the trough, apart from businessmen like Trump who you can trust in power because of all the money they’ve made in the private sector.

“People say the Brexit promises about Turkey joining the EU and the £350 million for the NHS wasn’t true, but it wasn’t meant to be taken literally. It was more of a metaphor.

“Every single one of them is nothing but a filthy, dirty liar. Thank God we’ve got good men like Boris and Nigel keeping them honest.”