How to be a twat about your regional identity

ARE you fiercely proud of your regional identity even though it’s totally arbitrary and extremely tedious? Here’s how to be a twat about it.

Be really into Essex

Confusing phenomenon whereby Essex dwellers genuinely celebrate Essex things like shit nightclubs, fake tan culture and knowing someone involved in the Brink’s-Mat robbery. (Who always “seems like an alright guy”, until he’s on the news for murdering someone.)

Local history is fine if it’s in small doses and about worthwhile things like ghosts and murders. However if your friends are openly weeping with boredom they may not be that interested in Lichfield’s role in the Victorian-era salt mining industry.

Try to be from the ‘hardest’ place

If you come from somewhere ‘gritty’, pathetically try to get some street cred out of it even if you only go there once a year to visit your parents, who live in the nice bit and are both university lecturers.

Note: This works best with places like Moss Side, bits of Glasgow and Peckham. Don’t try to claim you’ve seen the dark underbelly of St Ives, unless you want to sound like Jay from Inbetweeners.

Be a professional Northerner

Probably the most annoying regional identity ever since the Cockneys – rightly – became extinct. Professional Northernism appears to be based on an exaggerated love of pies, romanticised working class bollocks and being ‘straight-talking’, ie. ‘rude’.

Have a bizarre hatred of other places

Don’t limit yourself to slagging off London or having a weird dislike of Liverpudlians or Lancastrians. Try some other places. People from Oswestry are the real bastards.

Gran who won’t say 'bloody' in favour of mass deportations 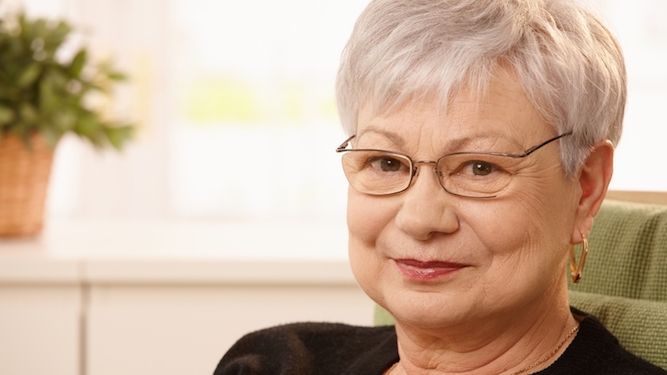 A PENSIONER who cannot bring herself to say even the mildest swear words has no problem with rounding people up and deporting them.

82-year-old Mary Fisher will not say ‘bloody’ and confusingly shortens the word ‘bugger’ to ‘B’, but shows no such reticence about fascist-style immigration policies.

Fisher said: “All the effing and blinding these days is terrible. We need to go back to a more civilised society, with forced repatriation for all the scroungers who come here.

“I’d bring in compulsory ID cards and get the army to do house-to-house searches for immigrants and Eastern European criminals. Then it’s straight on a boat back to where they came from.

“I think we should get rid of all foreigners, not just the illegal ones. We’d have our country back and it would probably reduce the amount of swearing.”

Granddaughter Lucy Fisher said: “It’s very strange to see gran visibly uncomfortable if someone says ‘wanker’ on TV, then the next minute feel like you’re having tea with Sir Oswald Mosley.”