BRITAIN should be grey and wet to the touch, but sometimes, against all logic, it isn’t. Here’s how to cope with the wrong weather:

Keep your clothes on

If you live in Sicily, or Jamaica, or California, you’re undressed frequently and have the sun-kissed Instagram body typical of such locales. If your body is geared towards warmth and waterproofing you have the body of a white whale and should never reveal it to anyone.

Baste yourself with sunscreen

Like a blind cave-dwelling troglodyte, the sun is your enemy. Mere minutes of exposure will turn your skin red before it bursts like a sausage in the microwave. Apply sunscreen as vigilantly as a cross-channel swimmer rubs on the goose fat.

You’re not an olive-skinned Mediterranean consuming a lamb salad under a shady tree. Nor are you a black family having a cookout in the LA sun. You are a potato-skinned Caucasian deciding to spend an already broiling day clustered around a heat source trying not to pass out.

As a British person, your initial response to anything unfamiliar is to immediately consume as much alcohol as possible. However if you greet the sun this way, lapsing into unconsciousness on the lawn and waking up with horrendous burns, you will regret it.

The only British person who can pull off a hat is the Queen, so expect to look almost rurally idiotic. However, the plus side is that you won’t get sunstroke and potentially die, so dig out that Panama and pop it on.

Man tries solving all his problems with optimism 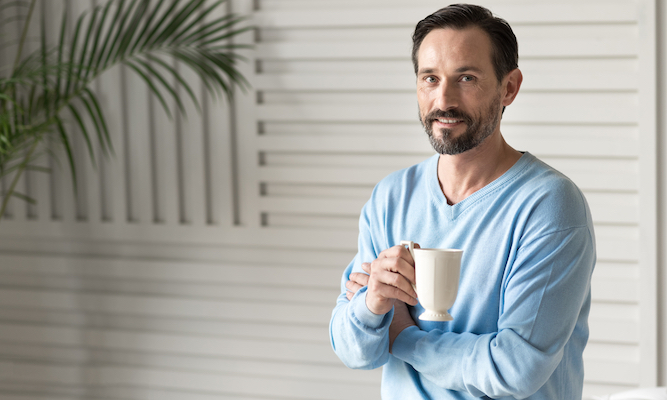 A MAN inspired by Boris Johnson is to try to solve every problem he faces today with nothing more than sheer optimism.

Nathan Muir has decided that, since optimism can solve trade negotiations, overcome parliamentary opposition and put a man on the moon, it can probably perform similar miracles in everyday life.

He said: “Slept in this morning. I’m still gonna make it to work on time. You know why? Looking on the bright side mate.

“Then, undaunted by my verbal warning for lateness, I beat the recurring problem of low sales by telling everyone it’d be fine. Better than fine. Brilliant.

“Technically fired, I made my way home knowing I’ll be welcomed back with a promotion tomorrow, only to find Rachel told my girlfriend. Still, what a marvellous night to sleep on the street with all my things.”