BRITAIN’S furiously anti-immigration voters are already enthusiastically backing Priti Patel’s Rwanda scheme. Here’s how to get Tory types and empathy-free bastards on board with such plans.

Just like comedy, a f**ked-up Conservative migration plan is all about timing. You can’t just introduce the idea of shipping asylum seekers to Rwanda on a slow news day, you need to wait until the party has monumentally screwed up and needs to cover its arse. Although that’s ‘most of the time’ right now.

Gunboats in the English Channel won’t cut it. You need to think bigger. The perfect migration plan will involve a faraway country, be completely unworkable and cost a f**king fortune. Ideally it should be so batshit crazy that whinging liberals will think it’s a late April Fool’s joke and ignore it.

Link it to Brexit

Conservative voters will lap up anything so long as you link it to Brexit. By saying your f**ked-up migration plan lets the country take back control of its borders, the part of a Brexiter’s brain which controls critical thinking will be shut down and they’ll applaud like seals at the f**king circus.

To a normal  person, the idea of deporting asylum seekers to a country with significant human rights issues is monstrous. But for anti-immigration loons this is wonderful as it will deter other migrants. ‘That’ll teach the young men to stay and fight,’ they’ll write cluelessly in the Daily Mail comments section from their comfy armchairs.

The more f**ked-up, the better

Years of the Tories turning up the xenophobia mean that only the most f**ked-up migration plans appeal now, like a massive dope smoker needing stronger and stronger weed. Christ knows what the next migrant plan will be – maybe making them live in cave systems in Peru until they turn into semi-blind cannibals like in a horror movie? 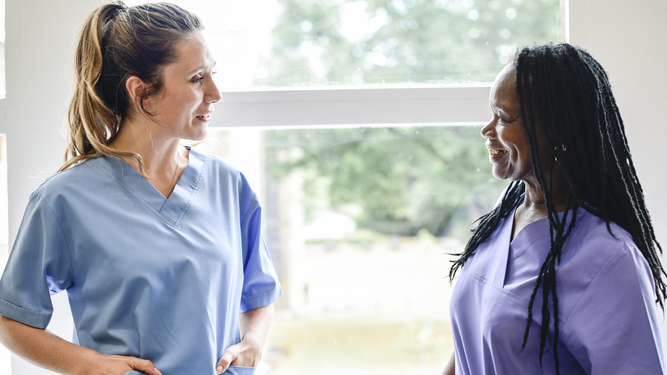 THE UK’s teachers and nurses are looking back at the early days of the pandemic lockdown when life for them was just one long party.

The public sector workers admitted Tory claims that they had a quiet drink after work, just like Boris Johnson did with his wife, interior designer and 40 colleagues, were totally accurate except ‘it wasn’t always so quiet’.

Ward sister Jo Kramer said: “Hospitals at that time, with the world locked down and death rates soaring, were party central.

“By the end of March, we’d put a sound system in the nurses’ lounge. By April we had a professional lighting rig, and by May we employed a full-time DJ.

“The finish of every shift was a no-holds-barred bacchanalia with booze, recreational substances and casual sex. What can I say? It’s just what you’re in the mood for after a 14-hour shift nursing the dying who can only say goodbye to their families on Zoom.”

Teacher Emma Bradford said: “They’re right about teachers as well. Despite our workplaces being alcohol-free by law and schools being closed during lockdown, we’d all gather there and get pissed.

“I still remember staggering around the playground, absolutely hammered, slurring to my colleague ‘I hope Boris and his team in Downing Street are partying this hard. They f**king deserve it’.”