How to make yourself feel clever on the internet

ARE you stupid in real life? Want to feel briefly intelligent? Simply do these obnoxious internet things:

Call everything a scam

Someone posted a news story to Facebook? Superciliously respond ‘you don’t believe that, do you?’ and follow up with ‘of course that would be what the media said’, leaving everyone wondering why and how the BBC would fake a flood alert in Cumbria.

Have no idea about popular culture

Kylie Jenner? Who? And effortlessly you’ve catapulted yourself into an intellectual stratosphere where mere celebrities are so far beneath your attention you’re literally ignorant of their very existence. Three posts before you were arguing that Lewis Dunk is a better centre-back than Mason Holgate.

Why be clever yourself when others can do the hard work for you? Retweet a YouTube lecture about artificial intelligence being the command economy future, adding ‘Fascinating stuff!’ Nobody’s going to watch it or challenge you on it.

The iron rule of stupidity is: there’s always somebody stupider. Find that person – they’re probably trending – and join the mob. Get in a few decent insults and walk away glowing with pride at your high moral standing. It could never happen to someone smart like you.

Everyone knows more about one tiny obscure area than anyone else. Somewhere on the internet there’s a forum where your in-depth knowledge of 1980s Mazda exhausts can be used to beat people over the head, for their own good.

Your fellow internet users aren’t tweeting about Adele’s tracklist with numb fingers while waiting for buses. No, they are serious people and every word is carven in stone, so if they miss an apostrophe point it out, ridicule them, and consider their entire argument invalid. There. Don’t you feel clever now?

Fictional bears ranked from cool as f**k to Pudsey 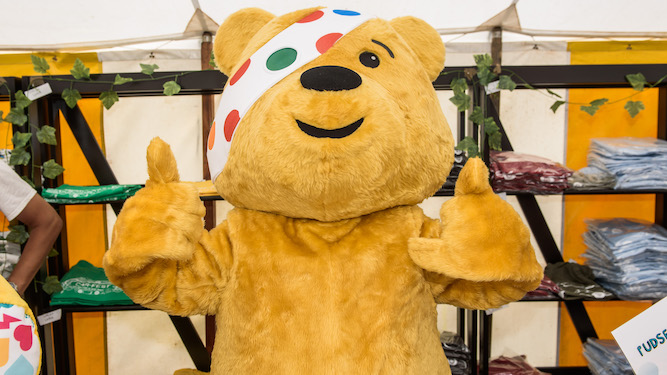 NOT all bears are created equal. Some are stone f**king cold dudes, and others are the unloved frontman for Children in Need. Here they are ranked:

Sooty’s packing heat in the form of a water pistol and can do magic, actual magic, like an ursine Gandalf. When he’s not making life hell for humans Sooty passes the time by casually bullying Sweep for his own amusement. Plus you never hear him talk, which is excellently cool.

Christopher Robin’s best friend lives that swag life. Rolls out of bed whenever he wants and spends the day cock out overindulging his substance of choice: honey. Selling out to Disney dinged his street cred a bit, but in AA Milne’s books he’s an ice motherf**ker.

Paddington is so uncool he’s gone full circle and become cool again. A hipster Peruvian in a swish London pad who’d pop out the claws and take you down if you messed with him, safe in the knowledge that nobody would ever suspect sweet little old Paddington Bear.

Yogi has all the potential to be a cool bear. He dresses sharp like Don Draper and lives a life of picnic basket-stealing felony. But then you realise that, like the Fonz hanging with Ritchie, he only looks cool because he’s with that asshole Boo-Boo. Speaking in rhyme doesn’t help.

Rupert Bear gets into it with dragons and shit, but he’s too scupulously middle class to be cool. When not narrowly escaping Bill Badger he’s probably writing lengthy comments on the Guardian website and making his own hummus. And even bears can’t make yellow check trousers look good.

Sure, Pudsey Bear works for a good cause, but it’s impossible to find his gormless, bandaged face cool. With one eye permanently covered up his depth perception will be f**ked, so he’s probably bumping into shit all the time too. Even the dweebish SuperTed pretends he hasn’t seen Pudsey’s texts.