How to summon the energy to be outraged

TOO unsurprised to be properly pissed off by yet another f**king Tory lockdown party? Build your anger stamina with these tips:

Reading all the details about the Downing Street BYOB party will cause tremendous strain if unprepared. Warm up by bunching your hands into fists and practising the phrases you’re about to scream, like ‘wasn’t the twat in the last chance saloon like three chances ago?’

Two months into lockdown, you were at home slumped in front of Normal People with a hand down your pants or doing your government mandated hour of exercise in a local dogshit park. Meanwhile our ruling elite was at a party. Sticks in the craw, doesn’t it?

After reading about the Downing Street garden party you’re likely to have lost a lot of fluids via raging, impotent tears. To maintain a consistent level of useless fury drink plenty of water. Four pints should keep you going until the evening news unless a nonchalant shrugged half-denial emerges. Avoid caffeine.

By midafternoon you’ll feel your energy levels flagging, especially if you’ve had a big stodgy lunch. Pick up the pace by remembering Dido Harding’s track-and-trace, nurses wearing bin bags instead of PPE, and when he said ‘let the bodies pile high’. You’ll be bristling with frustrated wrath in no time.

Look at a photo of Johnson

Only resort to this if you find yourself saying ‘well, I once met in a group of eight so who am I to judge?’ A good, long stare at the face of a man who made the most of the lovely weather while we held ten-person funerals should stoke your outrage. If only there were a way to harness that energy and use it for good.

Making a mix-tape: the ways you came on too strong on teenage first dates 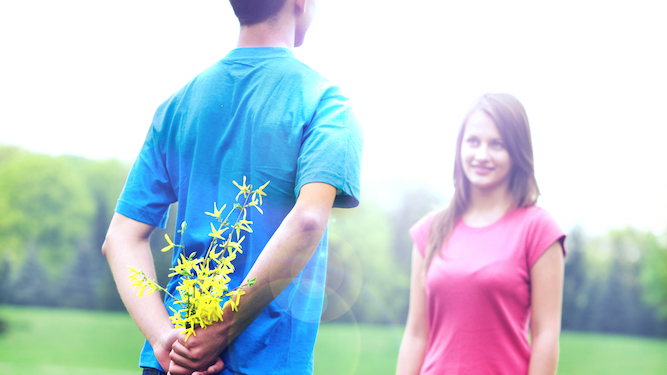 DATING as a teenager usually followed eight months of lovesick obsession, which came out by absolutely f**king things up:

Sure, maybe a few months into a relationship. However, rocking up to a Pizza Express to shyly hand your paramour a CD of Dido remixes guarantees you’ll be eating your Sloppy Giuseppe in total silence for 90 minutes before getting the bus home alone.

A gift of jewellery

There’s nothing wrong with chocolates or flowers at a first date, apart from how agonisingly obvious it makes it when you’re stood up. But appearing with gift-wrapped ear-rings that cost all of your savings from your summer job made it look as if you had arranged a dowry.

Poetry is the most reviled of the literary arts, even when Keats wrote it. You’ll never hear from your date again after presenting him with a hand-bound volume of sonnets including ‘The back of your head in physics A-level is the shape of the hole in my heart’. Bonus loser points if you then fail physics A-level.

Teenage girls on dates will often be forced into extremely unwise clothing decisions by naive friends, all the rom-coms they’ve watched and the patriarchy. It doesn’t matter what the boy does when the girl is wearing a lime-green minidress with red heels, she will never want to see him again.

Romance, drink and inexperience lead to awful, regrettable decisions, like performing Take That’s A Million Love Songs to a bewildered girl who only agreed to this because your mate’s going out with her mate. Finish the song, shake hands and agree to part ways forever.

Going in for a snog immediately

You’re both there for a snog, and it’ll probably happen out of sheer awkwardness. But if, over-excited, you meet outside Nando’s and suddenly throw yourself at your terrified partner, they’ll run with the speed and grace of Bambi fleeing the burning forest. Still, you got a snog.