How you're getting f**ked over in imperial weights and measures

THE government is to continue f**king you over, but in an arcane system of weights and measures it hope you will not understand. How it will work:

Fruit will be weighed out in pounds and ounces, baffling Britons completely unfamiliar with weights illegal to even mention under the last 20 years EU rule. Unable to convert from the decimal system and overwhelmed with patriotism, buyers won’t notice the rocketing cost.

Why use clumsy millimetres when you’re governmentally-mandated to use the superior barleycorn, measuring 1/3 of an inch? Your shelves and walls will be crooked like old milliners’ cottages, and you will accept the corresponding candlelight and poverty calmly.

Petrol will be priced not in gallons, which the public are vexingly aware of, but in the more sensible pecks, bushels and quarters. It will take a quarter of fuel to fill your SUV, and cost two of your ragamuffin children indentured service of three years each.

A new taxation system based on the area of your home in perches and roods will entirely obscure the resulting massive tax rise. Anyone working from home will see their home reclassified as a workhouse, and handed additional unpaid labour accordingly.

All wages will be paid in £sd, using the simple four farthings to a penny, 12 pennies to a shilling, 20 shillings to a pound system, developed in 780AD and never bettered. You will have no idea how much your pay is or how much tax the bastards are robbing you of.

Inflation will continue to rise by the furlong, tonne, cubit, cable and nautical mile.

A canal barge, and other f**king stupid places to have a stag or hen party 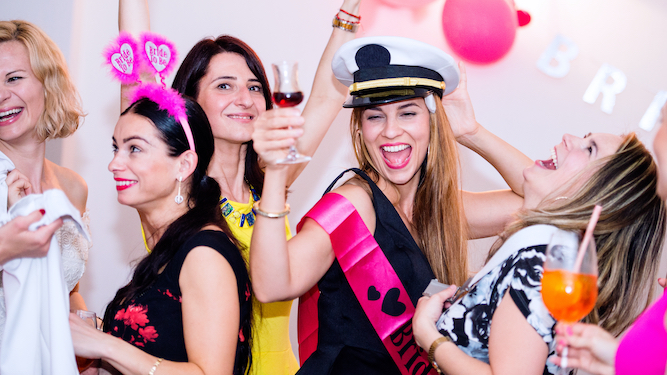 DO you think 15 absolutely shitfaced people should be in charge of operating a lock? Then you’ll enjoy these stag and hen destinations.

Think a pretty cottage in a picturesque village will be the ideal place for a classy hen do? Think again. Even if you try and keep things civilised you’ll have smashed your way through four bottles of Aperol within two hours of arriving and the bride-to-be will be mooning the cricket match on the village green. Someone will call the police and you’ll be turfed out of the county once you’re sober enough to drive.

Boats are potentially dangerous at the best of times, so allowing a large group of pissed-up twats to be responsible for one is just stupid. If you don’t get the barge wedged sideways across the canal because you’re too drunk to figure out how the tiller works, you’ll capsize it in a lock. Best avoided in favour of a shit club in Cardiff.

Do you reckon going to Blackpool will be hilariously ironic? It won’t, it will be horrible. After a disappointing trip to the Pleasure Beach you’ll end up in a worryingly sticky pole dancing club full of other hen and stag dos, where you’ll drink several massive cocktails and either get into a fight or shag a stranger in the loo. Whatever happens, you’ll regret it.

Fancy going to a rundown farm in the middle of nowhere, being made to sign a waiver that says you can’t sue if you’re injured and let loose on a quad bike without being given a helmet? Great. Why not have a few beers first? Then you’re even more likely to be in a plaster cast on your wedding day.

Going abroad is enough of a faff without factoring in drinking heavily from the second you step into the airport. It’s pretty much guaranteed that you’ll offend the locals, break several laws that you don’t understand and end up in an Eastern European police cell for a night, before flying home with the mother of all hangovers.