Humans to stick with oil

HUMANS are to continue to base their societies on a highly toxic substance that obviously costs far too much money.

As the price of oil reached yet another high for transparently artificial reasons, across the Earth humans vowed to stick with it even though it has clearly made their lives immeasurably worse in almost every conceivable way.

He added: “Vortex of uncertainty.”

McKay said the price of oil would continue to rise because and warned that if you stop using it people will think you’re weird.

McKay’s analysis was backed by Professor Martin Bishop, the Nobel prize-winning economist who first developed the theory that large companies could make a lot of money by charging whatever they felt like.

He said: “Oil is the basis of our society for four incredibly good reasons:  One, it is controlled largely by corrupt psychopaths in places like Libya, Saudi Arabia, Russia and Texas.

“Two, as it starts to run out it will become even more expensive leading to a series of exciting wars while we wait until there is none left before deciding to use something else.

“Three, every time the price increases it fucks up everything.”

“And four, it gives off lots of delicious carbon dioxide and has killed more than 248 billion fish.”

Bishop’s analysis was backed by everyone who stressed that without oil they would be rooted to the spot and would eventually die of starvation and lack of plastic.

Tom Logan, from Peterborough, said: “If there was even such a thing as solar power I would be against it. Mainly because it doesn’t smell of anything but also because the people who are in favour of it are homosexual.

“They put on bright red lisptick and kiss each other on the penis and then they all skip around a solar panel wearing fancy pink lace.”

He added: “I’ll die before I drive a car that likes bottoms.” 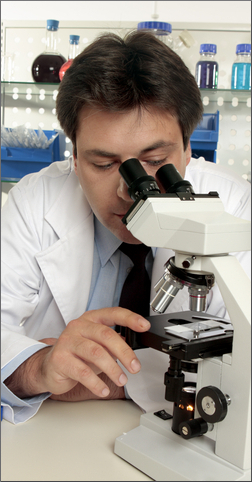 THOUSANDS of public health experts could disappear over the next two weeks if they don’t shut it, according to a new study.

Researchers have found that doctors who don’t button their fucking lips about alcohol are 128% more likely to drive their car into the sea next weekend.

Professor Henry Brubaker, from the Institute for Studies, said: “Our graph shows the number of articles in the Lancet about people who are just trying to have a good time will soon fall off a cliff at precisely the same rate as their authors.”

Figures show that since 2000 the increase in alcohol consumption in Britain has been directly proportional to the number of annoying pronouncements about it.

But consumption has fallen in the last two years while dreary bastards going on and on about two-for-one cocktail offers and big fish bowls full of cider and Martini continues to rise.

Professor Brubaker stressed all of this could be prevented by a minimum price per tedious alcohol warning of £375,000.

“Failing that we just slip a letter through their door in the middle of the night made from cut-up newspapers with a drawing of a highly-qualified liver specialist being fed into an industrial chipper.”

He added: “As things stand, by the middle of March the only public health experts left in Britain will be ones who hate their jobs and enjoy getting gently shitfaced.

“The rest will be encased in concrete or strapped into their Jags at the bottom of the Wash.”

Bill McKay, an absolutely no problem drinker from Hatfield said: “When are these so-called experts going to realise that British people are fucking dreadful?

“If you don’t like it go and write your boring articles somewhere else.”