Hunky, shirtless handymen still being judged by their looks

RUGGED, pop-drinking manual workers with no tops believe sexism is rife in the workplace, a study has found.

According to the Institute for Studies, 74 per cent of shirtless, oiled maintenance men in tight denim believed their looks had inhibited their chances of promotion.

Window cleaner and odd job man, Bill McKay, said: “I work mainly for a company that makes women’s magazines and low-calorie soup drinks, and I honestly believe that if I were a slightly overweight 40-year-old woman called Trish I’d have been given a nice easy desk job by now.

“Just last week I made the mistake of slowly lowering myself past the window of the editorial office at around the time when the predominantly female staff are standing around the drinks machine, talking about clitorises.

“It was a hot day hence I was working shirtless, also I had applied some oil-based sun lotion that happened to make my torso gleam while accidentally accentuating my muscle definition.

“The gathered women exhaled audibly. One un-did two blouse buttons, another fanned herself with a rolled-up magazine.”

He added: “A similar thing happened when I had to fix the lift wearing a tight vest streaked with grease. I felt like a piece of meat.

“Last week I tried to pitch a really good idea for pull-out menu cards but my female boss responded by asking me how big my spanner was, and whether I had a name for it. 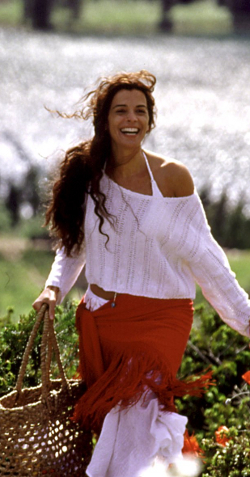 PROFESSOR Stephen Hawking has calculated that heaven does not exist.

The eminent physicist applied Einstein’s theory of mass-energy equivalence to his own theory of black holes to demonstrate that there is no heaven or afterlife, even in a multi-dimensional alternate universe where heaven could exist if it really wanted to.

He said: “If the total internal energy of a body at rest is equal to the product of its rest mass then the Archbishop of Canterbury is full of piss.

“In addition, mass-energy equivalence and quantum gravitational theory both fundamentally exclude the possibility of that Robin Williams film where they all die horribly and end up living forever in one of his wife’s pathetically derivative paintings.

“I am cleverer than you and all your stupid bloody friends put together and even I have no idea how that piece of shit got made.”

He added: “Also, if heaven did exist then we would be able to see it with a really big telescope.

“If one day a massive telescope discovers an eternal afterlife theme park in some hitherto unexamined corner of the known multiverse then I will happily eat my chair.”

It is hoped Professor Hawking’s calculations will now bring the debate over the existence of heaven to a close.

But Tom Logan, a heating engineer from Stevenage, said: “I do not disagree with the conclusion, but I’m pretty sure I know as much about this as he does and no-one gave a tuppenny fuck when I said it last week.”