A FATHER who banned his children from playing Xbox cannot believe how much work he has made for himself, he has admitted.

Tom Booker hit his two children with the tough punishment of no Xbox for the whole weekend last night, and by lunchtime today was already trying to find a way of rescinding his ruling as a ‘reward’.

He said: “Oh sure, it sounded good, and the shocked looks on their little faces were worth it at the time, but all I really did was make my life much fucking harder for no reason.

“Normally it’s breakfast, quick chat about whatever, then they’re on Minecraft and I’m putting on my football bets for the weekend then catching them again at lunch. Happy families.

“But this morning they finished their Cheerios and just sat there blankly, then made me play a board game with them like I was the dad in the advert for the board game.

“Then they got the craft stuff out, glue and glitter and the bloody works, and I had to sit there cutting up cornflakes boxes while they made inane chatter with me about school and their friends and the rest. I can’t do another day of this.”

Daughter Daisy said: “It’s been really great, grinding Dad down by spending quality time with him. I can’t wait to level up by breaking his spirit entirely.” 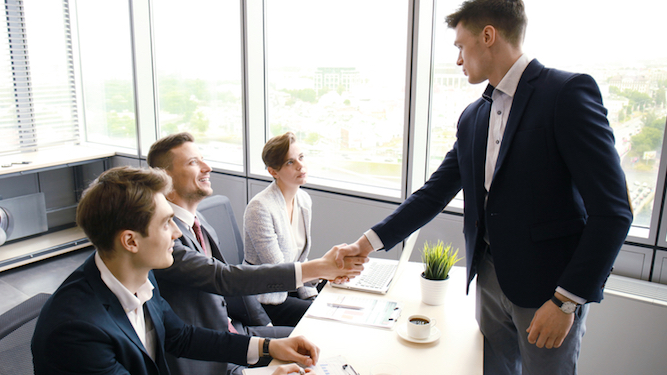 A JOB interview panel decided to make a man really demean himself and talk bollocks despite being fully aware that applicants were only interested in the money.

Tom Logan had applied for ‘administrative liaison officer’ at Denton Car Insurance Ltd of Uxbridge, a role that no normal person would ever be wildly enthusiastic about.

Lead interviewer Donna Sheridan said: “You’d have be fucking mental to apply for this job out of a love of car insurance rather than just paying the rent, but that didn’t stop us having our fun.

“We managed to get him to say he’d ‘always been fascinated by the insurance industry’. I could see my colleague Steve pissing himself with laughter, but he managed to pretend it was a cough.

“Then he came out with some insincere bollocks about being ‘ideal for the role’ and ‘totally committed to getting the job done’. He’d be sitting at a computer going insane with boredom, for fuck’s sake.

“We like it when they pretend to be on some sort of spiritual mission to work for us, or imply they’d do the job for nothing. It’s sadistic, I know, but it breaks up the tedium of working here.”

Logan said: “God, that was humiliating. I actually said I was a ‘proactive self-starter’. I think I need a shower.”

Sheridan added: “Despite all that grovelling, Tom hasn’t got the job, but he’ll thank us for it later.”