A COMPLETE idiot holds an opinion that is correct entirely due to luck, it has emerged.

The opinion  that rhubarb is a vegetable rather than a fruit  was arrived at using same illogical thought processes as Julian Cooks other beliefs, all of which are wrong.

Van driver Cook said: Obviously rhubarb isnt a fruit. Fruit is round, like apples and oranges, but vegetables are long, like carrots and parsnips. Also its the wrong colour.

No one would believe me at first, but then my mate Matthew looked it up on his phone and it turned out I was right, just like I was right about wombles being real, but extinct.

Perhaps now theyll take me seriously on other issues, like when I said our whole family should join UKIP so we get special treatment when Farage becomes prime minister.

Family and friends were shocked by Cook’s rare instance of being right, with some now questioning their own beliefs.

It doesnt bear thinking about if The Omen really is based on a true story. 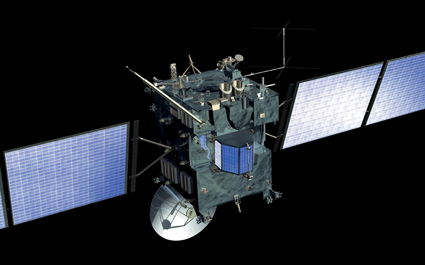 MEN who claim to know about parking have been strongly critical of the techniques being used to place the Philae lander on a comet.

36-year-old Stephen Malley, who is following events online, said: “No, no, no, no. They are using way too much thruster.

“Foot off the thruster! Jesus christ, it’s worse than watching my wife reverse into a space at Morrison’s, which she absolutely cannot do without me having to take over and humiliate her.”

“They need the lander steering on full lock otherwise…no I can’t watch. This is terrible.

“I could land any lander on any comet, it’s just common sense really.”