URBAN gun culture is officially over after some red trouser-type dickhead waved a fake pistol around.

Police stations across the UK have been inundated by youth gang members surrendering their weapons since a wealthy, foppish friend of buttock host organism Pippa Middleton did for guns what Vanilla Ice did for hip hop.

“We’re driving the ‘guns are for toffs’ message home with posters showing a fop wearing deck shoes and a jumper tied around his neck with the slogan ‘This piece carries a piece’.”

Gang member Tom Logan said: “I’ve had to stop carrying a gun in case people think I went to one of those schools in a castle where everyone wanks onto a biscuit.

“I’ll probably just get a normal job now. I’m kind of grateful to those bell ends, they’ve broken the cycle of violence through the power of twattery.”

Media analyst Emma Bradford said: “This incident confirms the Middleton sisters as the Kardashians for people who buy things in Jack Wills.”

But while urban gun crime appears to be finished, toff-on-toff violence has escalated.

Chelsea resident Julian Cook said: “Right now there’s a lot of beef – or as we call it ‘filet mignon’ – between Chelsea and South Ken. It started over an unpaid champagne bill in the Zanzibar Lounge on King’s Road.

“The trend is to shoot your toff rival below the waist, the red trousers mean that ambulance crews can’t find the wound to staunch it.” 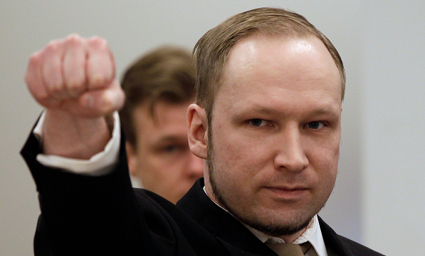 Meanwhile, psychiatrists urge Norwegian court to conclude that no-one is insane and no-one has ever been insane.