SAS recruitment problems may leave Britain’s idiots with nothing to read on holiday, experts have warned.

As the number of successful applicants to the elite fighting force decreases, the amount of paperbacks with titles like Blood Before Honour or Operation: Ironhawk written by ex-servicemen will inevitably also decline.

Fears are growing that this could force men to read books that deal with emotions and character development, rather than lengthy descriptions of strangling Arabs.

Professor Henry Brubaker, director of The Institute For Studies, said “While footballers will continue to churn out potboilers about their battles against alcoholism or really liking hookers, we could see the whole confused-sexuality-military genre disappear altogether.”

“It’s a literary tradition stretching back to the Crimean War, when Lieutenant Denys Finch Hatton’s memoir Musings On Bayonetting Some Russians became a massive hit in Victorian London amongst gentlemen who liked the idea of being really hard but hated the idea of actually being punched.”

“If these books stop being written, there’s the very real risk that these men will have to actually talk to their families while on holiday, probably some stilted observations about the airport’s luggage collection system and the relative expensiveness of paella compared to last year. God help us all.”

The army is hoping to entice recruits into the SAS with the promise of a literary agent after five years’ service and a one-book deal with Bantam Press for completing ten years.

But Drill Sergeant Roy Hobbs feels the selection process is still too demanding, as it requires candidates to produce half a dozen sample chapters whilst being shot at in a ditch.

Hobbs said “We can only hope there are enough psychopathic aspiring killing machines out there that can also sketch out a half-decent narrative arc.” 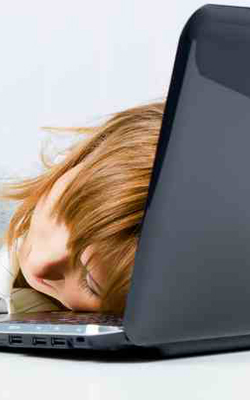 THE UK’s employees aren’t going to be doing a lot this week, they have announced.

With four bank holidays in close succession, many workers have booked off the last week of April.

However the millions who were less forward-thinking have issued an official decree to themselves, declaring that they will be in an intermediate state between being on holiday and not being on holiday.

Sales administrator Tom Logan said: “A semi-holiday means that although the body is present the mind is not. Basically I will be seated on the correct chair in front of the correct monitor and that’s about it.

“It’s all about doing slightly below what would be considered the absolute bare minimum for a standard working day.

“There are a number of reasons why I’ve decided I’m giving myself this exciting sort-of time off. First, it is the royal wedding week and I want to devote all my mental energy to patriotic thoughts.

“Second, there’s no point in starting anything new before the bank holiday. Which you have to admit is a powerful argument regardless of whether or not it’s true.

“Third, something about suppliers being on holiday.”

Customer service advisor Nikki Hollis said: “I was really pleased when I announced to myself that I wasn’t going to be really doing any meaningful work this week.

“Especially as so many of my colleagues are on actual holiday, which I am fairly certain is unfair although I have not quite worked out why this is the case.

“So for me the next few days are going to be like one of those television adverts where all the girls in an office are basically just into chocolate and handsome manual workers.”