If Ice Cream Adverts Can't Offend Catholics Then What Are They For? Asks Britain

THE future of British ice cream adverts was thrown into doubt last night as the industry watchdog ruled they can no longer offend Roman Catholics.

For years Catholics have recoiled in horror as a series of sexually attractive young women have sucked, licked and ravenously bitten into an ice cream product which was not their husband.

Now the Advertising Standards Authority has drawn the line after the latest advert showed a model dressed as a nun who had been impregnated by either God or a tub of chocolate ice cream.

But as the ASA claimed the advert was a ‘distortion and mockery of the beliefs of Roman Catholics’ experts across Britain said ‘so fucking what?’.

Professor Henry Brubaker, of the Institute for Studies, said: “I wouldn’t have minded if they’d banned it for claiming God can get you up the duff. If only the ASA had made a strong, unambiguous statement that all pregnant nuns have been fucked.

“And is the ASA saying immaculate conception might be real? Because if it is, then I don’t think it should be in charge of judging adverts.”

Meanwhile consumers have been suggesting the ice cream adverts they would like to see when the Pope arrives in Britain later this week.

Julian Cook, from Durham, said: “What about a topless nun about to bite into an ice cream Jesus that’s nailed to a pair of Flakes with the slogan ‘forgive me Lord, but I know exactly what I’m doing’.”

Tom Logan, from Finsbury Park, added: “They should have a happy, teenage African girl holding a strawberry cone with the slogan ‘It’s so good I almost forgot I have AIDS from not using a condom’.”

And Helen Archer, from Stevenage, said: “I think they should have a sexy woman dressed as the Virgin Mary fellating a large, ice cream penis, and at the bottom it just says ‘lick it’.

“Or what about a priest having sex with a tub of vanilla choc chip with the slogan ‘feels even better on your cock than a 10 year-old boy’.”

Video Game Shops To Be Staffed By Existential Philosophers 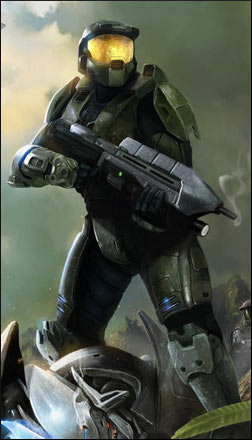 BUYERS of the highly-anticipated Halo Reach will be served by staff trained to ask them what exactly they are doing with their lives.

Released at midnight, the latest instalment in the Xbox franchise sees players do the same thing they have been doing for the last nine years but with slightly different pictures.

Roy Hobbs, a fellow of Magdalene College, Cambridge, is acting as a consultant to local games shop MurderZone.

He said: “I’ll be taking customers through the theory of a godless universe and asking whether the four billion-year journey of evolution that precipitated their existence is best continued by trying to get a power up for a plasma rifle. Then I’ll ask if  they want a loyalty card.”

The move is part of a ‘responsible retailing’ campaign to ensure that game players are fully aware of the monumental gift they are pissing away while sat on their sofas.

Hobbs said: “As well as explaining that there is no ‘respawn’ in real life and that regret is not an option once your overdeveloped thumbs are rotting in the ground, we’re also letting the god crowd have a crack at them.”

Priests, rabbis and imams will patrol game shops, knocking copies of Halo Reach out of customers’ hands and pointing out that when the almighty creator willed the universe into being, it was not so Call Of Duty Deathmatch could exist.

Some game creators have pledged that future releases will display real-life achievements in the corner of the screen that players could have managed while they have been playing, including reading a book, forming a meaningful relationship or getting happily shitfaced.

But software developer Wayne Hayes said: “If I was an overweight teenager living in an identikit provincial pisshole with a tawdry family, no social skills and a horrifying IQ, I think I’d want to be a space soldier from the future, too.”