POPE Benedict XVI has promised his UK tour will feature the live on-stage incineration of those who consort with demons.

Sales for the cleric’s spoken word stadium dates had been hovering slightly below the level of They Might Be Giants’ recent tour, prompting the last-minute addition of medieval-style burnings.

A spokesman for the Catholic Church said: “We wanted to update the show with some spectacular Vegas-style pyrotechnics yet remain faithful to the cultural heritage of Catholicism. This was just one of those ideas where the pieces of the jigsaw fitted perfectly.”

An assortment of pagans, homeopaths and people with dreamcatchers on their front porches will be weighed against a Bible before being declared guilty of malevolent sorcery and burned to a crisp.

The spokesman added: “The mob will be able to interact with the show by nominating witches from among themselves. This could be an old man with a herb garden, an overly assertive woman or anyone with a funny eye.

“As a spectacle it will knock Spirit of the Horse into a cocked hat.”

The Vatican has admitted that being more tolerant of paedophiles than homosexuals may have alienated the key 18-34 demographic of the Pontiff’s fan base.

Pope-lover Tom Logan said: “If by witches they mean people who work at Holland and Barrett then I’m on board.

“I bought some Echinacea recently and it did fuck all.” 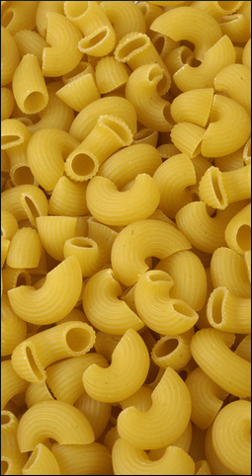 OUTREACH workers say they should be protected from cutbacks to stop Britain being torn apart by angry, unsupported lesbians.

The National Association of Community Engagement Professionals has warned that unless their numbers are maintained, massive gay women will start ripping-up post boxes and flinging their own dung at passing school children.

A spokeswoman said: “In an environment of cuts across the wider public sector, we face a period where disaffection, social and industrial tensions may well rise. You don’t want to be adding furious lesbians to that cocktail.

“Without professionally organised, weekly group sessions where vulnerable women can express their sexual desires using free-form poetry and collages made of pasta, they will quickly turn to indiscriminate violence.

“If a highly-lesbianised woman suddenly finds herself in a non-nurturing environment where no-one is staging a women-only version of the Lion King, she will immediately hurl a breeze block through the window of Lakeland.”

She addeed: “Britain needs a large, well-paid force of happy, confident outreach workers to keep it safe from the wild beast that lurks inside each and every lesbian.”

Council-employed gardeners have also demanded protection from cuts insisting the deadliest riots of the last 200 years have been caused by public fury over hastily-edged municipal flower beds.

And local authority press officers warned of widespread social unrest unless there is someone available 24 hours a day to send out a release about the council leader’s visit to a local dry cleaning business that’s doing things differently.

Meanwhile, a spokesman for council road maintenance workers was going to say that cuts to their numbers would lead to riots if Britain’s road network was allowed to deteriorate, before stopping mid-sentence, apologising and admitting that there are some things that just can’t get any shitter.