ACROSS Britain, people are ranting about the bloody immigrants coming here, becoming doctors, nurses and surgeons, saving us from a pandemic.

Though it might not be politically correct to say it, Britons are not willing to keep quiet any longer about all the heroic immigrants who are frontline health workers risking everything to keep our country safe.

Retiree Julian Cook said: “Well I’ve been telling people for years, but they were always hoodwinked by the so-called ‘fair and balanced’ media.

“But there’s no hiding from it now. We’ve seen the true colours of these people who come to our country, qualify as medical professionals and work tirelessly to protect us all hours of the day and night.

“And it’s not just the doctors. There’s the pharmacists, the supermarket staff, the delivery drivers, even the takeout restaurants. Everywhere you look there’s an example of immigrant heroism. Makes you sick, how it’s previously gone unacknowledged.

“It’s no wonder the Home Office won’t be letting them in after Brexit. We don’t deserve them, after what f**king racist idiots we’ve been for years.” 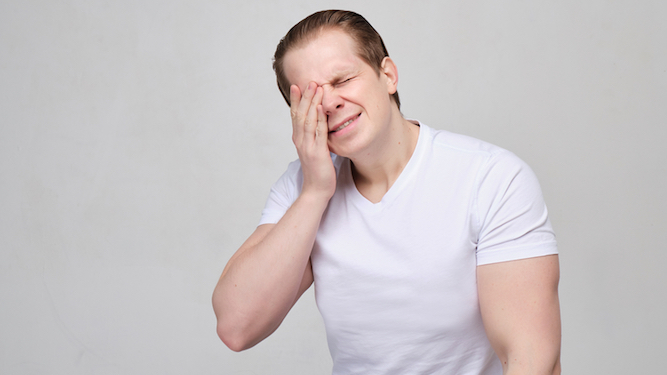 A MAN who has just read that ‘eye pain’ can be a symptom of coronavirus is beginning to feel the first twinges of eye pain.

Martin Bishop read the story in Mail Online and, before a story he clicked about Michelle Keegan in a biker jacket and skintight leggings had even loaded, was already experiencing pain in both eyes.

He said: “Christ, my eyes. And I’d only just got my sense of taste and smell back from that story I read in The Times last week.

“I’ve had all the symptoms. Occasional slightly-above-average temperature, aches and pains, headaches, tight chest. They’re especially bad when I watch the news, or read terrifying stories the media won’t tell us on WhatsApp.

“No, I’ve not had the persistent dry cough but come on, there can’t be any doubt now. My eyes are killing me. I think this is that strain they’ve got in America. I’m calling 111 again.”

Friend Eleanor Shaw said: “Martin lives alone, hasn’t gone out in a month and is in a low-risk area. You can’t get coronavirus just by thinking about it really hard.”